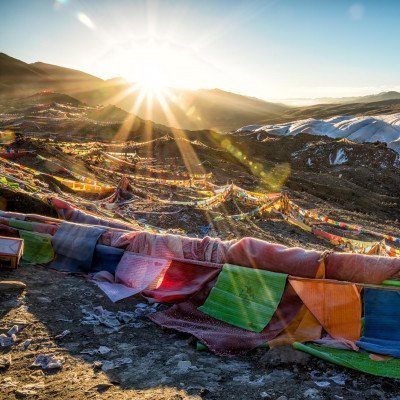 This is our most rugged, adventurous trip for those looking to trek to 4,800 meters to stand on top of a glacier on Qinghai’s tallest mountain, Amnye Machen. We will make a loop to and from Xining with Amnye Machen as our furthest point and monasteries and cultural highlights as we make our way to and from the glacier. In this trip we will trek for 4 days or 70 km along the southern edge of Amnye Machen, doing a half-kora of the traditional holy pilgrimage.

This trip is for those who want to experience the food, traditions, and culture in Tibet’s remote villages. Come out and sip some yak butter tea in a mud hut, eat some delicious and creamy yak yoghurt, learn how to herd sheep with a yak hair slingshot, and see the beauty and diversity of some of Qinghai’s biggest and most ornate monasteries. We can put together a schedule that is tailor suited to your group and can also incorporate team building activities.

The Amnye Machen mountain range is located in the Golok region of Amdo. It is one of Tibet’s most sacred mountains and is revered by both Buddhists and Bon adherents. The protecter deity Machen Pomra is said to reside in the mountain’s highest peak. The pilgrimage circuit around the mountain is popular among Bon followers and Buddhists.

The existence of the ridge results in one of the great bends of the Yellow River. The river first flows for several hundreds of kilometers toward the east and southeast, along the south-western side of the Amne Machin Range. In so doing it crosses the entire length of Golog Prefecture, and reaches the borders of Gansu and Sichuan. Then the river turns almost 180 degrees to the left, passing to the northeastern side of the Amne Machin, and flows toward the northwest for 200–300 km through several prefectures of the northeastern Qinghai.

The Amne Machin Peak (the highest point of the range) is located in Maqên County of Golog Prefecture. Its elevation is estimated to 6,282 metres (20,610 ft). It is ranked number 23 in height among the mountain peaks of China.

A part of the range around its highest peak has been declared a section of the Sanjiangyuan (“Sources of Three Rivers”) National Nature Reserve.

The mountain was known to the ancient Chinese as Mount Jishi (積石山, 积石山, Jīshíshān). The Northern Wei-era commentary on the Han-era River Classic stated that the mountain was the site where Yu the Great tamed the Yellow River and that it was considered part of Longxi Commandery, located 1740 li (724 km or 450 mi) from Kunlun Mountain and 5000 li (2,080 km or 1,290 mi) from the Luo.

The massif has long been considered a sacred mountain and a place of pilgrimage, and, in the past, up to 10,000 Golok people would make the 120-mile circumambulation of the mountain each year. The first European to describe the mountain was the British explorer Brigadier-General George Pereira on his expedition on foot from Peking to Lhasa of 1921-2, sometimes reckoned one of the great geographical discoveries of the twentieth century. Pereira, who saw Amnye Machen from about 70 miles away, thought its “height must be at least 25,000 feet [7,600 m], and might be anything; it dwarfed all other mountains near it.”

However, the massif remained unclimbed until 1960. The Amnye Machen mountains had been overflown by a few American pilots who overestimated the elevation to 30,000 feet (9,100 m). A 1930 article of the National Geographic estimated the peak elevation to 28,000 feet [8,500 m] according to the report of Joseph Rock, an American botanist and explorer who, despite death threats from the Golog Tibetans, had ventured to within 80 km of the mountain. For a while, the mountains were considered as a possible place for a peak higher than Mount Everest. While Rock only downgraded his estimate publicly in 1956 to “not much more than 21,000 feet”, he did give a detailed description of the peaks:

In 1981, Amne Machin I (Dradullunshog) was reached near-simultaneously by three groups, each of which had been led to believe they were the first and only ones to obtain a permit from the Chinese government. A Japanese expedition approached the summit from the south and put Giichiro Watanabe, Yoshio Yamamoto and Katsumi Miyake on top on May 22, 1981, and five other expedition members 3 days later. Within three weeks, the American climbers Galen Rowell, Harold Knutsen and Kim Schmitz made an Alpine-style ascent over the East ridge of the NE summit to reach the main summit on June 9. They did not see any evidence of an earlier ascent. The very next day Siegfried Hupfauer, Hans Gaschbauer, Franz Lämmerhofer, Gerhard Schmatz and Peter Vogler of an Austro-German expedition reached the summit as well. They had followed the Japanese route and the 3000 feet of fixed rope they encountered en route convinced them that the Japanese had been the first to summit. The mountain remained busy that summer, as Kim Schmitz returned to the summit with two Canadian clients on June 12, another Japanese party summited in August, and in September an Australian team climbed the impressive NE face and descended over the 6 km long unclimbed NNE ridge.

Day 1 → Depart Xining, at 2,500 meters above sea level, to drive 5.5 hours through the open grasslands to Tongde

12:30pm- Lunch in Guide and visit the banks of the Yellow River

2:00pm - In the afternoon , drive 3.5 hours to Tongde, a high grassland communIty in the heart of Amdo Tibet

5:30pm - Check into homestay and rest (or if you are feeling energetic take an afternoon hike above the monastery).

8:00pm - Return to Homestay to sleep and rest in Tongde

Day 2 → Drive from the grasslands of Tongde to the capital of Golok Tibetans, Machen town (Dawu in Chinese)

8:00am - Eat breakfast in homestay

9:00am - Depart Tongde, Drive 4 hours (183km) to Machen town.  Along the way stop at Rabgya Monastery seated inside a cliff face overlooking the Yellow River.

1:30pm - 60 kilometers north of Machen is the large monastery of Rabgya at 3,100 meters (10,170 feet) with around 500 monks.  Rabgya Monastery is situated right along the banks of the Yellow River with towering red rock cliffs above the monastery.

3:00pm -Drive over a high pass to Machen town, explore the pass and prayer flags

5:00pm - Arrive in hotel in Machen.  After a satisfying day, we arrive in Machen town at 3,753 meters (12,253 feet). This is the capital of the Golog Autonomous Tibetan Prefecture and is the largest town of the Golok Tibetan people with a population of 10,000 people.

8:30am - Eat breakfast in hotel in Machen

9:30am - Today we will spend the day acclimatizing in Machen town and getting our supplies ready for our trek.

10:30am- Drive 10 minutes to Machen Lhagong Monastery, watch pilgrims walk around monastery in the morning

8:30am- Depart Machen town, drive 40 minutes along a nice highway

Today will be the hardest day of the trek as we cross the high pass of the trek over the Domchok La,  at 4,720 meters.

12noon- Arrive at the high pass filled with prayer flags.  We will have lunch here and rest.

This pass presents the best view of the trek as we look upon the south face of the Amnye Machen glacier and look up to the 6,282 meter peak of Amnye Machen.

1:00pm- Start to descend the high pass down to our camp for the afternoon.  This section of the hike has the best views of Amnye Machen and is the closest point of the trek to the actual snowy peak.

5:00pm- Arrive at camp at Guige Thang and enjoy the “thicker air” from our 500 meter descent off the high pass

We will continue to stay around 4,000 meters on this day and there is only a very slight uphill walk up to 4,200 meters

9:00am- Depart Guige Thang to hike.  The beginning of the day has a little gradual uphill and then the rest of the day is mostly flat walking on a dirt path.

1:00pm- Hike for the afternoon

Today we make our final descent to Xia Dawu, a small Tibetan village on the western edge of the Amnye Machen range where we will sleep.  We will continue to stay around 4,000 meters on this day and there is only a very slight uphill walk up to 4,200 meters.  By the end of the day we will descend to Xia Dawu at 3,980 meters.

1:00pm- Hike for the afternoon

8:00pm- Sleep in a Tibetan homestay (or camp in tents nearby the homestay family)

Today we change from using our feet as our mode of transport to riding in a car as we say goodbye to the high, snowy, remote peaks of Amnye Machen.  We will depart Xia Dawu and drive 5 hours to Xinghai town as we make our way back in the direction of Xining.

7:30am - Wake up and have breakfast in Xia Dawu

8:30am- Drive 5 hours to Xinghai town along a paved highway

2:00pm- Late lunch in Xinghai and check into our comfy hotel

3:30pm- Drive 1 hour from Xinghai to Serdzong Monastery.  This drive will take us down through a rocky canyon and up into the high grasslands surrounding this important monastery

4:00pm- Arrive at Serdzong Monastery at 3,500 meters.  We will spend the afternoon doing a short pilgrimage walk around the monastery and exploring the dramatic cliffs and prayer flags around this very scenic monastery.

6:00pm- Return to Xinghai and enjoy a nice celebration dinner at a nice restaurant

8:00pm- Sleep in a Tibetan decorated boutique hotel in Xinghai

Today we continue our descent back into Xining as we drive another 3 hours to Qinghai Lake at 3,200 meters.  Qinghai Lake is the highest salt lake in China and is one of the 4 main holy lakes of Tibet.  We will spend the afternoon here relaxing by the shores of the lake and then sleep in a hotel in Xining

In the morning we will have breakfast in our hotel and then drive 1 hour to Xining airport.

In the mid-morning we will drop you off at the airport and say our goodbyes as you check into your flight. 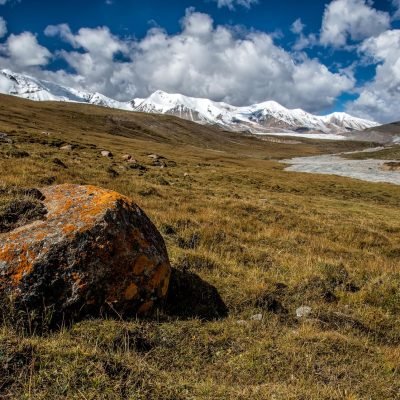 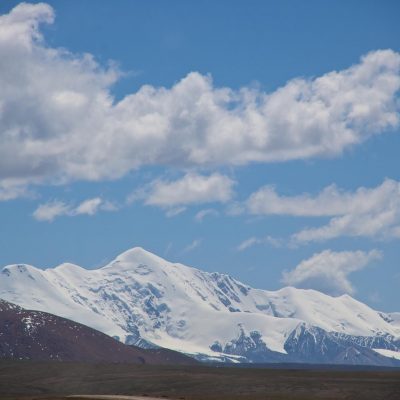 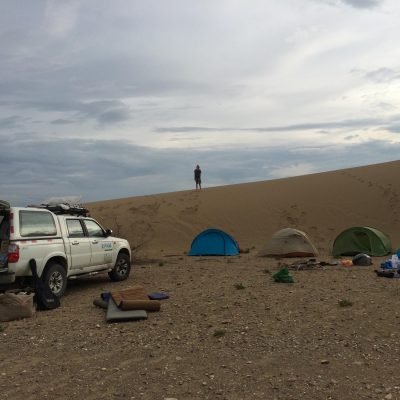 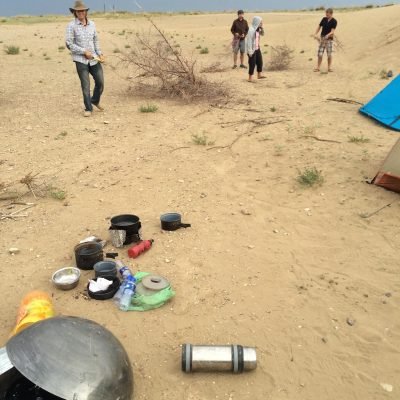 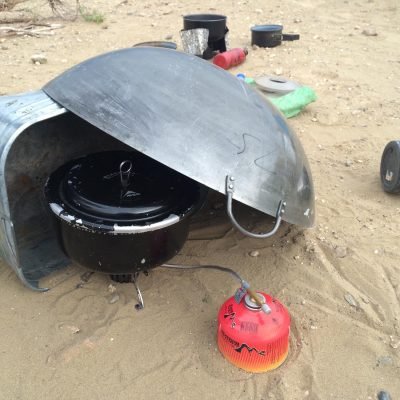 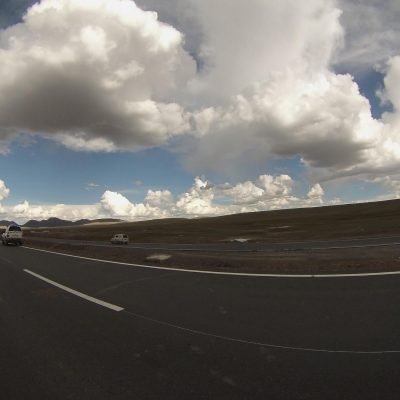 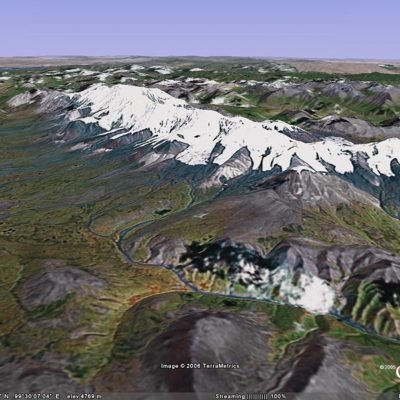 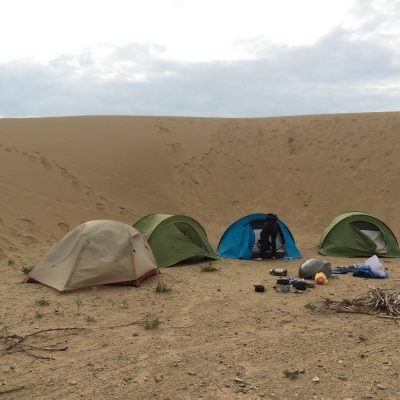 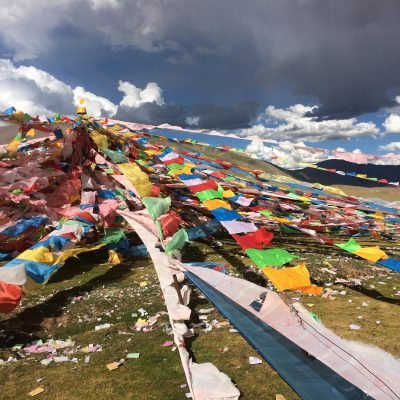 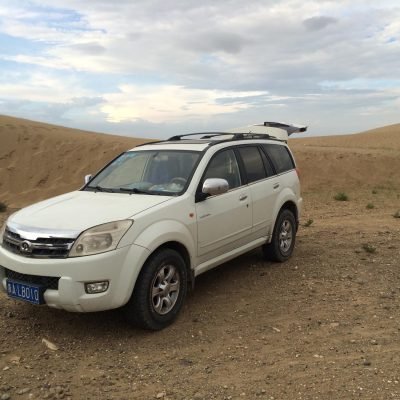 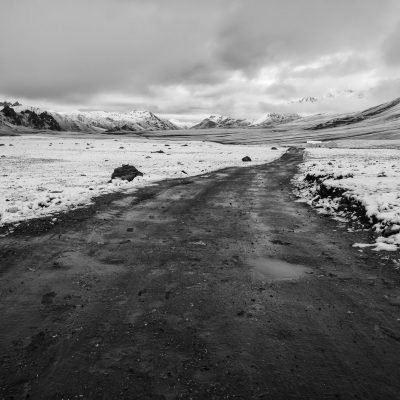 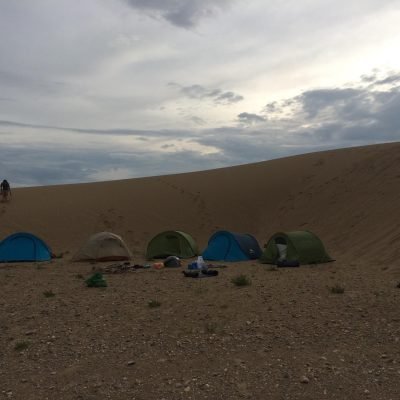