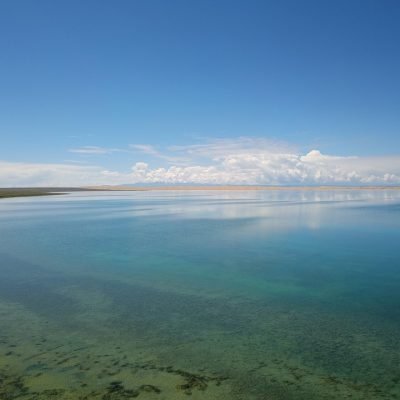 Qinghai Province has only 5.5 million people yet it’s size, at 722, 300 square kilometers, is bigger than Myanmar, France, or Afghanistan as individual nations.  There is a lot of room here and a lot of open space for discovery.  See two of Qinghai’s greatest natural treasures in one amazing trip:  Qinghai Lake and Kanbula National Park!

As the largest saline lake in China, Qinghai Lake, historically known as Koko Nor, is situated in  the northeast corner of Qinghai Province. The names “Qinghai” and “Kokonor” both  reflect the vast beauty of the lake and both mean “Blue Sea” in Standard Mandarin and Mongolian respectively. Twenty-three rivers and streams empty into Qinghai Lake, most of them seasonal. Five permanent streams provide 80% of the total influx.

Situated in the Northeast of Qinghai Province and with an area of 4,489 sq.km (988 ac.), it is twice as large as the famous Tai Lake. It is a beautiful lake not only for its scenic spots, vast views, and beautiful islands and but also for the lively Tibetan culture surrounding the lake shore. Located in the northeast of 4,500-meter-high (14,764 ft.) Tibetan Plateau, Qinghai Lake can look like a bright reflective mirror calmly seated between the vast grasslands and surrounding snow mountains.

Qinghai Lake is an important place in history which has been the traditional meeting place between Mongolian and Tibetan cultures. Despite its salinity, Qinghai Lake has an abundance of fish but most of these species are illegal to catch and fish. Sadly, the lake is shrinking at a rate of 10 cm a year as there is no permanent outflow and the inflow has decreased with increased water usage. Most of the rivers and lakes that used to feed into the lake are drying up due to a combination of over grazing, farming downstream, water diversion for crop irrigation, and damming.
The lake has a number of attractions that draw travelers in this region in, but many of these spots, including Sand Island and Bird Island, have been closed as of Fall 2017 to help protect the sensitive environment of this fragile region.

The Kanbula area is famous for its unique sandstone Danxia landforms. This scenic area has abundant rainfall and a cool and moist climate and, unlike most barren places in Qinghai Province, there are prolific evergreen forests here; the forest coverage rate is about 28% and its plant resources are extremely rich with some of the best wildflowers in all of Qinghai Province. Some of the tree species represented in Kanbula National Park are the Qinghai spruce, chinese pine, white birch, and various species of azaleas and honeysuckle.  Other species include Ulmus glaucescens, Prunus sibirica, Salix oritepha, and Spiraea alpina.  Kanbula also hosts a number of rare birds (including larks and cuckoos) and fauna like blue sheep, argali.

Buddhism here has a long history and this park is known for its meditation caves situated high above the park where monks and nuns silently retreat for periods of 2 months to 2 years eating only a simple diet with a singular bowl of rice per day.  This is a ritual and discipline that is part of the practice of Tibetan Buddhism and is thought to help the practitioner release themselves from the attachments and distractions of the world. The hermitage caves are a short 45 minute hike up wooden steps just above the Aqiong Namzong Temple and are located on a 20 minute ride down a bumpy dirt road that leads off the main paved park road.

9:30am - Drive 2.5 hours (150km) to Qinghai Lake.  At 3260 meters in elevation, this is the largest saltwater lake in China. Stop along the drive to view the high grasslands and Tibetan Prayer flags overlooking the lake.

2:00pm- Drive from the lake to day hike to get a view of the lake below.

8:30am - Eat breakfast at hotel in Xining

9:00am - Drive 2.5 hours to entrance of Kanbula National Park, a beautiful park filled with red rock canyons and dramatic cliffs

12:00 noon - Depart park entrance to drive through beautiful canyons and rugged mountains. Picnic lunch along the way in the park.

2:00pm - Arrive Namzong Nunnery, day hike on to a Buddhist hermitage for incredible views of the park and the Yellow River

5:30pm - In the afternoon, drive 30 minutes to a quaint homestay in Kanbula National Park

8:00pm - Sleep in homestay in Kanbula National Park with an amazing view of the Red Rock formations

9:00am - After a nice local breakfast in the homestay, spend the morning exploring the villages and hikes of  Kanbula National Park

1:30pm - After lunch, depart park entrance to drive 3 hours back to Xining

4:30pm - Arrive Xining.  Tour officially ends as we drop you off at your hotel or hostel for the night.

Day 1
Depart Xining in morning (around 8am or 9am)
Drive 2.5 hours to Qinghai Lake, Eat lunch near the lake
Spend the afternoon near the lake, relaxing by the Lake shore
Take a hike above the lake shore or spend the afternoon with Tibetan nomads drinking tea
Sleep in a hotel near Gonghe
Day 2
Drive 3 hours to Kanbula National Park
Lunch along the way to Kanbula
Afternoon to hike and Explore Buddhist hermitage caves Near Aqiong Namzong Nunnery
Sleep in a Tibetan homestay or guesthouse in a local Tibetan farming village with a great view of the park
Day 3
Morning to explore hikes and red rock formations in Kanbula
Lunch in the park
Drive back to Xining
Arrive in Xining by dinner time.  Tour officially ends in Xining. 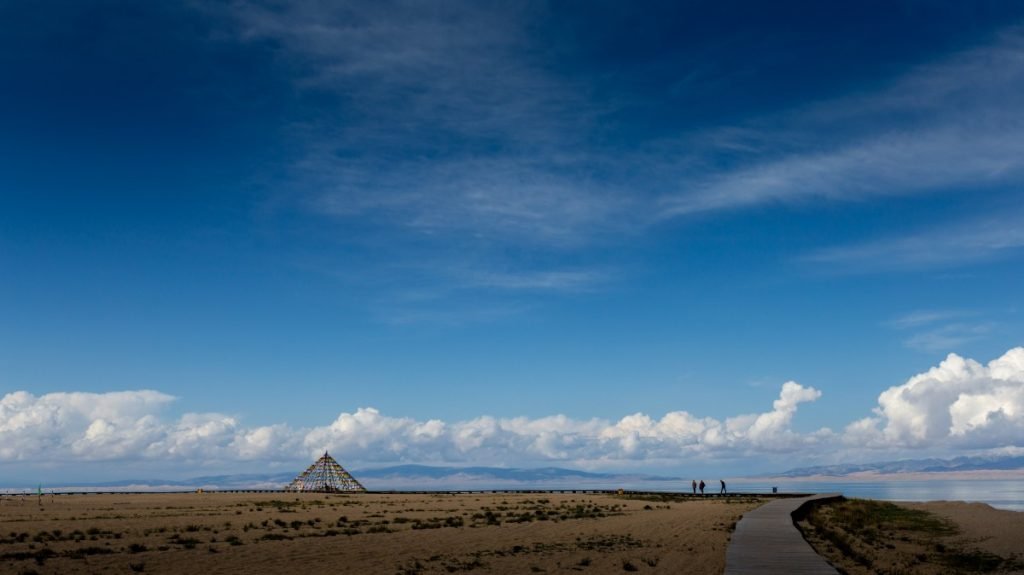 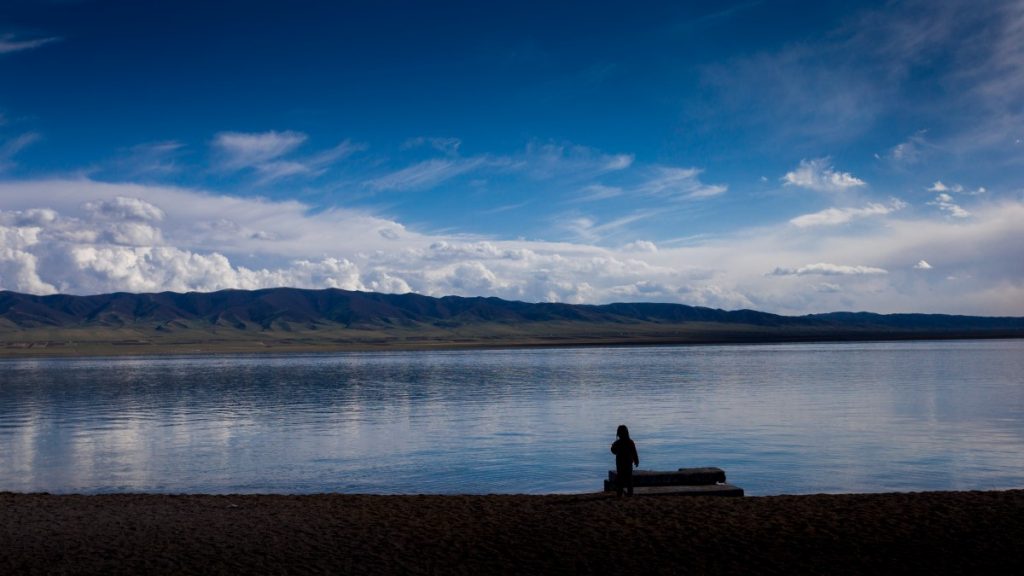 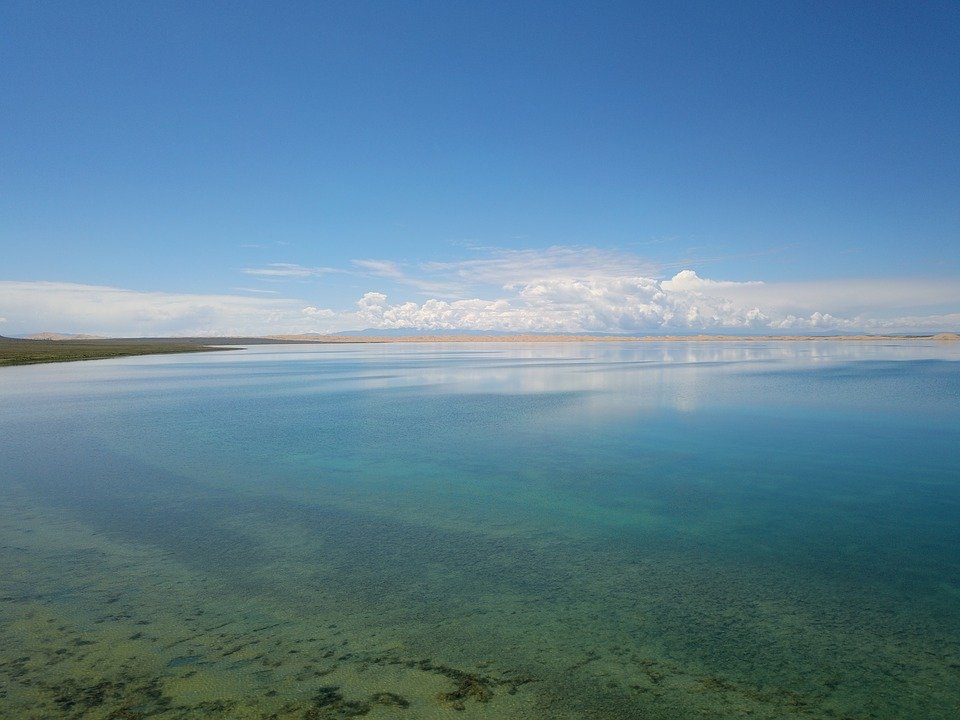 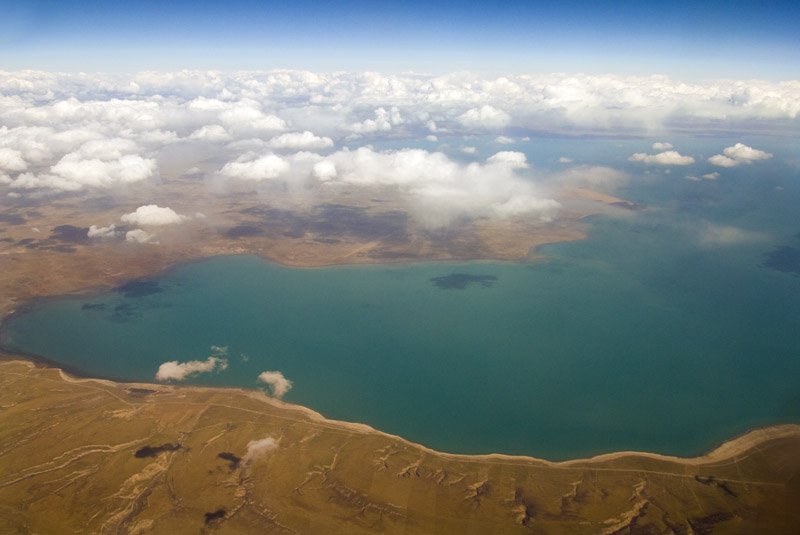 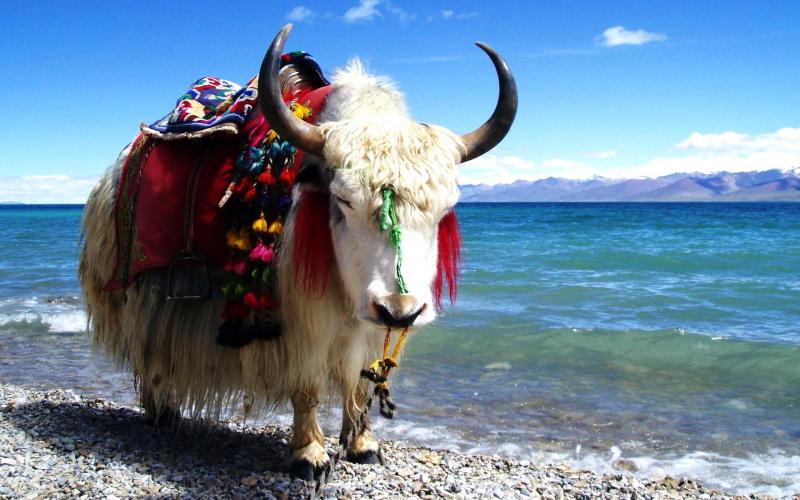 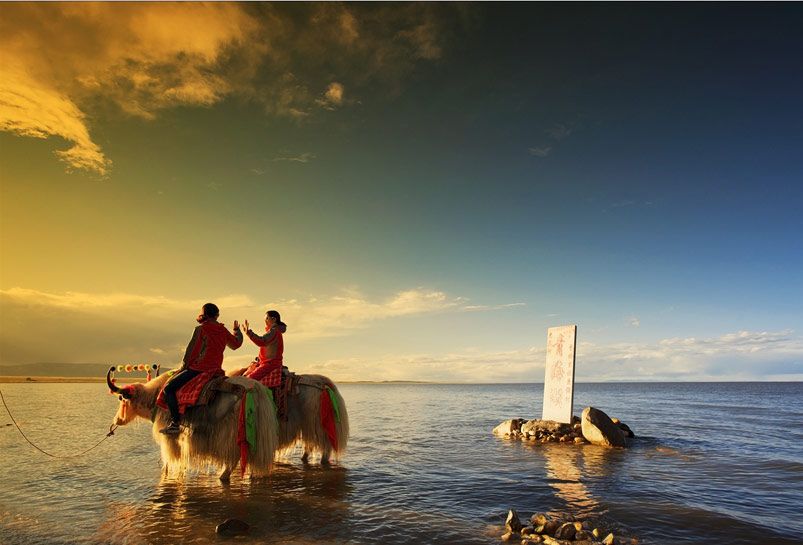 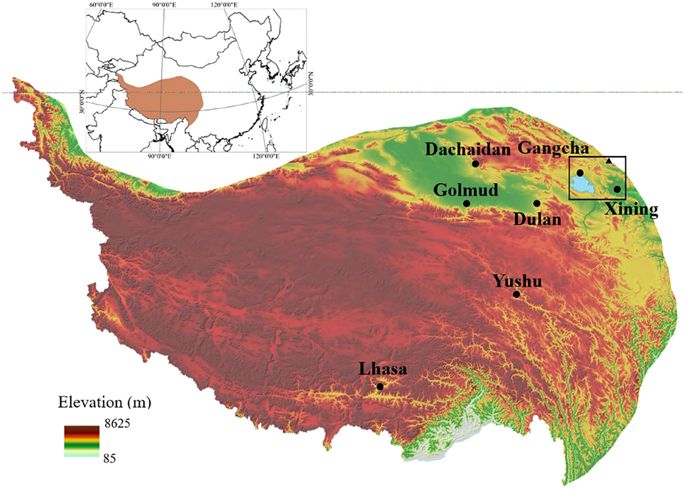 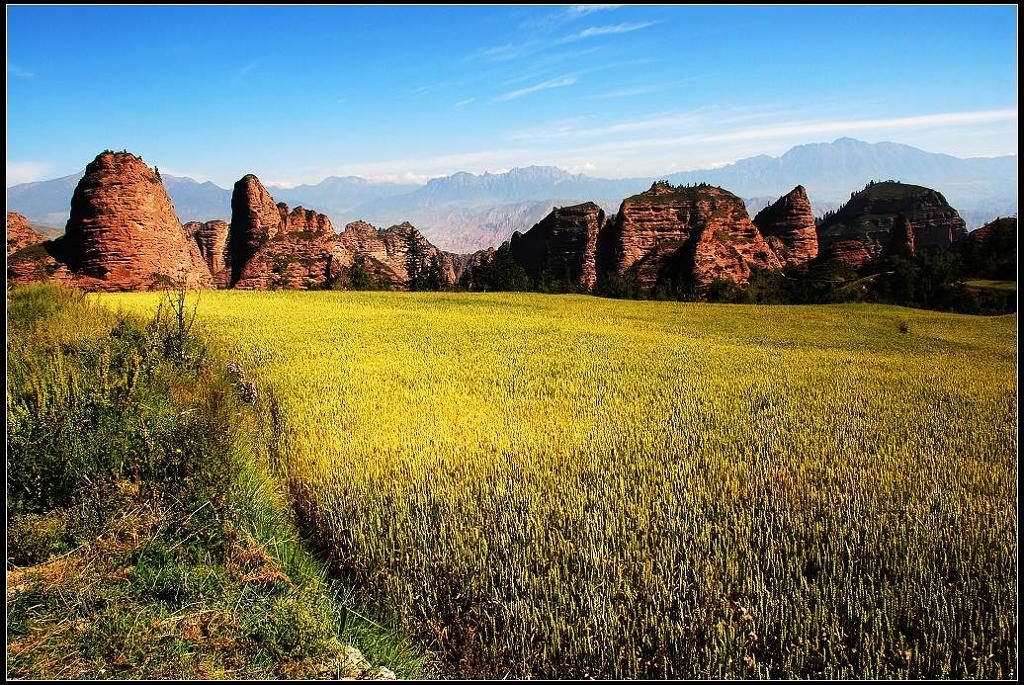 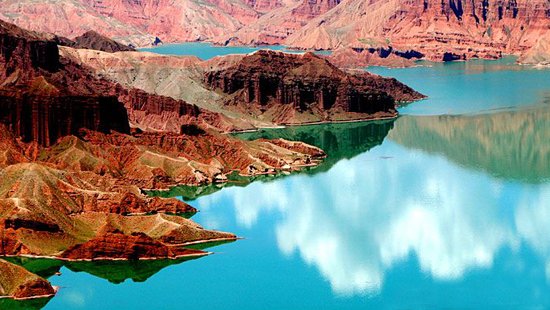 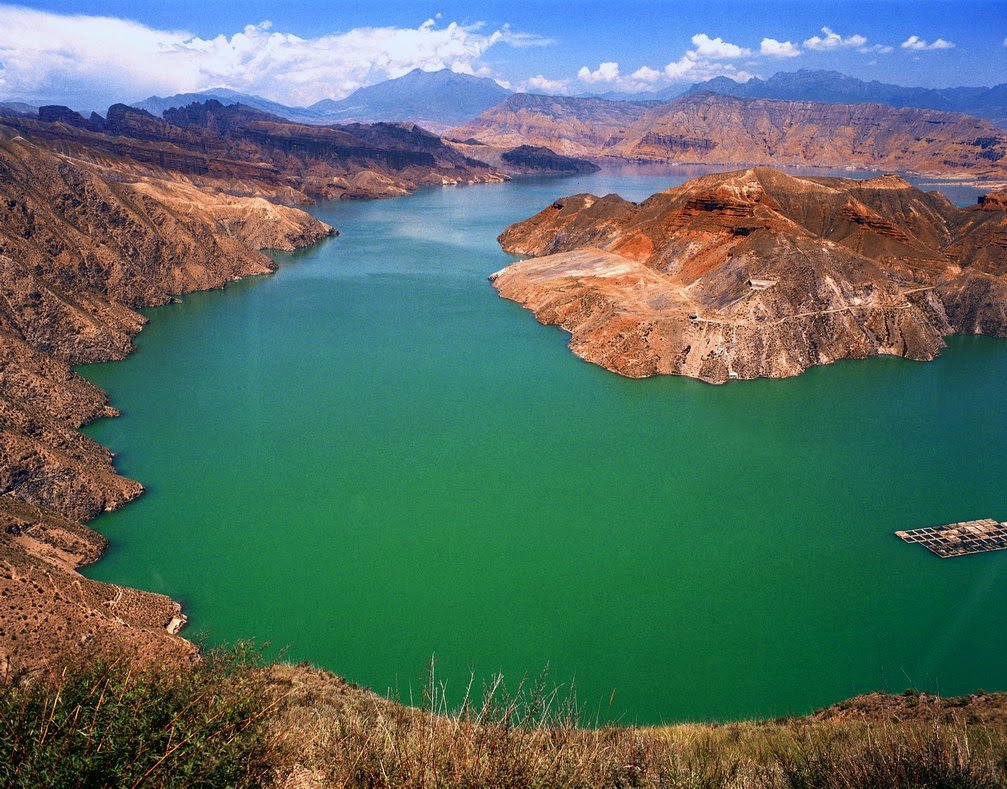 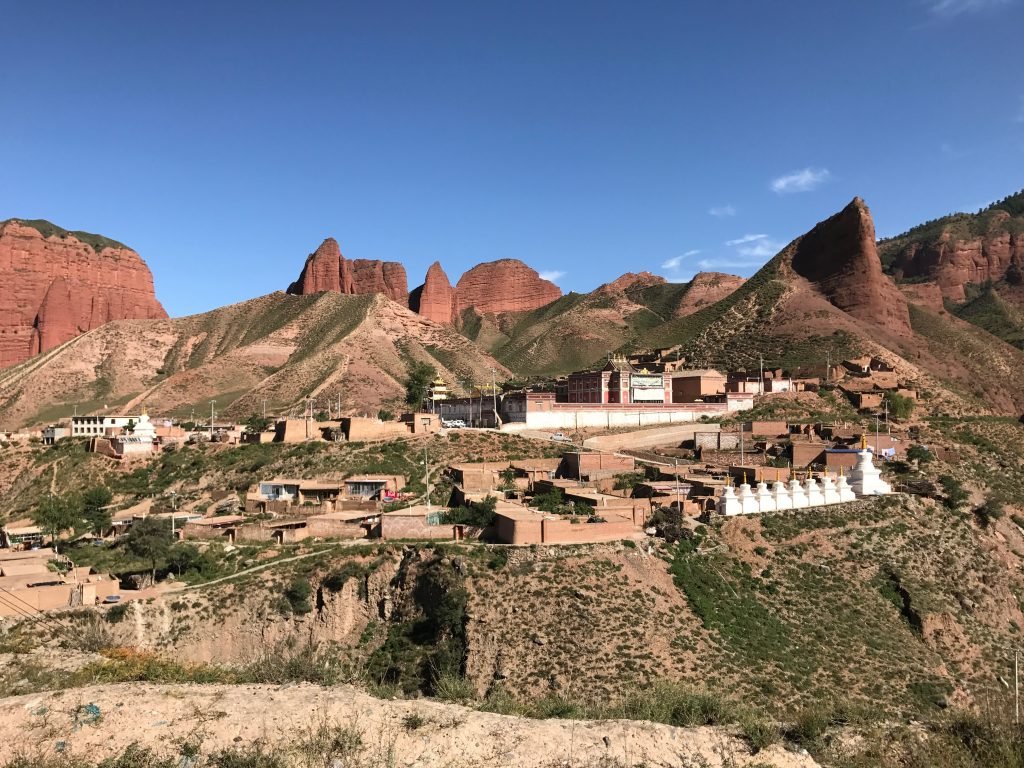 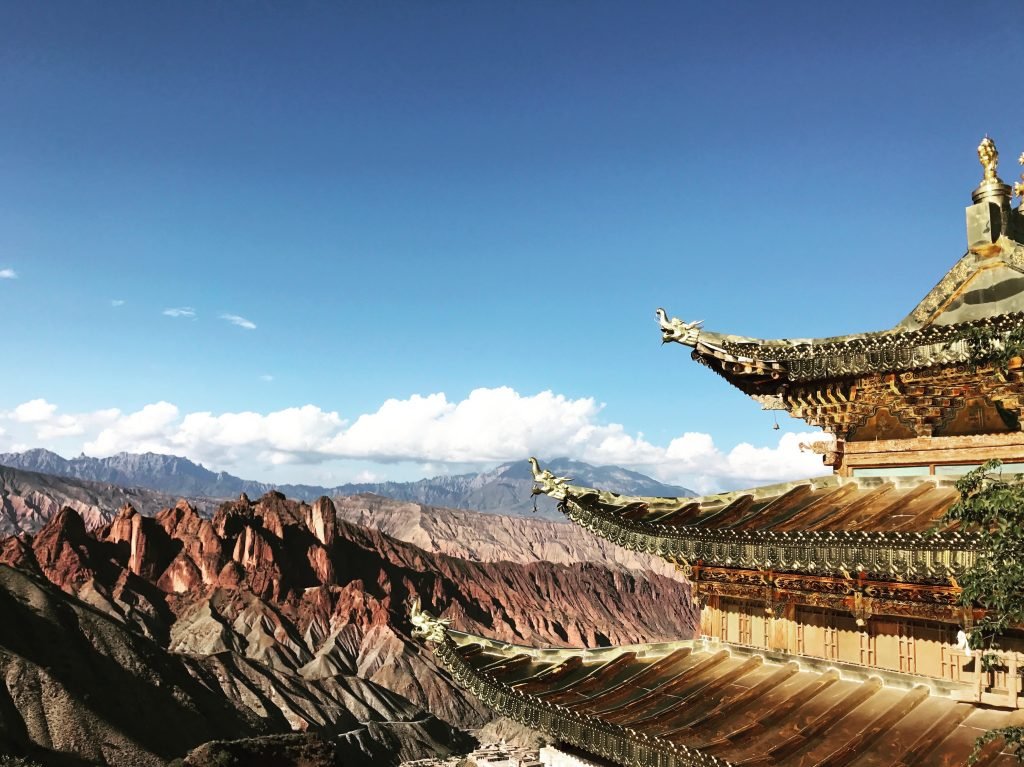