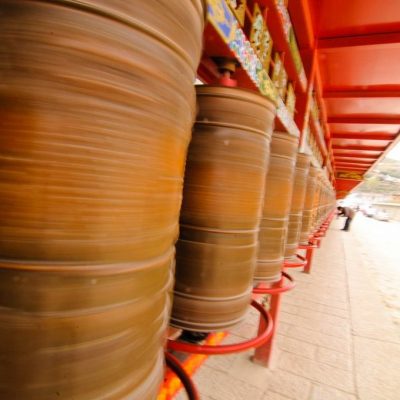 Rebkong (Tibetan རེབ་གོང/ Chinese 同仁 Tongren) is a small Tibetan town that lies 180km south of Xining, the capital of Qinghai Province . Known as Tongren in Chinese 同仁, Rebkong is a small monastic town in Huangnan Prefecture, Qinghai Province, China. Tongren has a slightly unkempt but friendly Tibetan character and is home to both Tibetan Buddhists and Hui Muslims.

Rebkong sits on the edge of the Tibetan plateau in a region historically known to its nomadic inhabitants as Amdo and is now very accesible via a 2.5 hour drive due to the recent construction of the elevated highway from Xining. The town’s origins stretch back several hundred years when it emerged around the establishment of the Longwu Monastery.

Rebkong’s elevation is 2,600 meters (8,530 feet) and is surrounded by several mountains and large expanses of nomadic pastureland.  Rebkong is famous for it’s Tibetan traditional arts and cultural preservation, especially the Amdo Rebkong Monlam Festival in winter and the Rebkong Shaman Festival in summer. These are the two of the largest festivals in the Amdo Tibet region and the colorful dances and ceremonies give the viewer an intense insight into the deep spirituality of Tibetan Buddhism. The Rebkong Shaman Festival is an important religious ceremony where local nomads join in a circle ritual dance around one man, whose cheeks are pierced through with long needles, who shakes and dances uncontrollably under the powerful possession of spirit. This possessed man serves as an oracle or spiritual medium for the local mountain god. The spectacle runs to a rhythm of drummers pounding drums around the jerky, wild movements of the crazed oracle.

There are several monasteries and villages around the main hub of the central town which are home to hundreds  of professional artists – many of these teenagers with the steady hands and excellent eye sight that lend well to the detailed skill of Thangka painting. The most well known areas that produce these traditional Thangka paintings are those around the monasteries of Upper and Lower Wutun. These villages are just a short 10km journey outside of the main town and can be easily found if you catch a public taxi and tell your driver “Wutun Si”.
These sleepy, humble villages are, surprisingly, the center of Buddhist art all across Tibet. It would not be uncommon to visit monasteries in any area of Tibet and to find that most of the Thangka paintings in those remote monasteries came from this area.

Despite the prestige of the Longwu Monastery in Tibetan Buddhism and the importance of the arts in nearby Wutong Monastery the calamities of the Cultural Revolution destroyed almost all of the original structures in Rebkong. But after the restoration of the monastery, the dimly lit meditation halls and the ever-present smell of yak butter candles give the visitor an impression that this monastery has always been this way.

Longwu Monastery (隆务寺)
Dehelong South Rd (Dehelong Nan Lu).
Entrance ticket is 60 RMB for foreigners
8AM-7PM. This active Gelugpa Sect (Yellow Hat) monastery sprawls around the foot of Xishan Mountain on the south-west edge of town. Surrounding the large monastery are the squeaking prayer wheels lined around the mud-daubed walls where pilgrims come to make the sacred kora around the monastery. Inside these walls is a blend of Chinese and Tibetan style halls and monks’ residences that are easy to get lost in for a few hours.
The monastery was established in 1301 and was greatly expanded during the Ming Dynasty. Though some of the halls and their resident Buddhas have been rebuilt multiple times over their 700 year history, everything that stands today dates from the late 1980’s after the ruination of the Cultural Revolution. But this monastery feels anything but new and still retains its ancient feel with a distinct sense of antiquity and solemnity. The Future Buddha Hall holds an impressive golden Jampa (Maitreya, or future Buddha) statue in an elaborately decorated 3 story hall. And this is just one of the smaller features of the whole monastery.
After spending a few hours roaming the monastery and peering into the secret life of monks there, wander over to see the nightly monk debates which happen almost every night at 6:30pm. These debates, where monks clap their hands violently to emphasize their arguments, are used to practice the outworking of Buddhist theology as students discuss the teachings they have acquired that day in their studies. This is a practice version of what will eventually be an oral exam given to them by their great masters.

Wutong Monastery (五屯寺)
S203 Rd (In Sangkeshan Village, 10km north of Tongren). 8AM-5PM.
Entrance ticket is 30 RMB for each monastery for foreigners
With a reputation unequalled in the Tibetan world, many visitors come here exclusively to see the monastery’s collection of centuries old Thangka paintings and to watch the resident artists continuing the tradition. Though the art is undoubtedly the headliner the rebuilt grounds are a fine example of modern Tibetan architecture elaborately decorated with brightly painted wood carvings. The complex is divided into the upper（上寺） and the lower（下寺） monasteries, each with its own set of prayer halls, courtyards and artist studios. Some visitors have said the upper monastery feels more authentic and holds the best art but that the lower monastery’s towering gold-tipped Stupa is quite impressive. An idle English speaking monk will give you a quick tour through the main halls. Some of these Thangkas are a 300-600 years old and were saved from destruction during the cultural revolution when the intricate paintings were flipped and turned to face the wall while the black backside, now exposed to the viewer, painted as a decoy with portrait of Chairman Mao.

The monks at Wutong Monastery have an enequaled reputation for creating the beautifully detailed images of Buddhist deities meticulously painted on stretched fine-weave canvas. These are not some cheap tourist fodder, but works of art by skilled artists. Pigments are hand ground from brightly colored and inordinately heavy stones sourced from Tibet that the monks say are worth upwards of ¥80 per gram. Likewise, real gold leaf ground with a resin is used to give the paintings some sparkle. A small, simple painting takes about a month to paint and costs around ¥500, while a 1 meter sized piece can take a year and set you as much as ¥50,000. Shops in Tongren and around Wutong Si mainly catering to the tour group busses sell Thangkas of lower quality and price that might be suitable if you are not a Thangka aficionado and just want a nice souvenir. Superior pieces are best bought direct from the artist. Some artist have pre-made Thangkas to select from or you can commission a painting of a particular size or theme, though the best artists may have years a years backlog of reservations. Even without any art expertise you should be able to identify which works are genuine art if you take some time to look around, talk to the artists and let your eye be your guide. Generally artists can be contacted via e-mail or phone and can ship your piece anywhere worldwide when it is completed.

If you are interested in learning about Tibetan culture and Tibetan traditional arts, Rebkong is  one of most interesting and important places to visit in the whole region. In the smaller villages around Upper and Lower Wutun monastery, almost every house doubles as an artist’s studio for impressive, intricate Thangkas. Come and see the artists right in the middle of their work as they concentrate diligently to create details in fabric, lotus flowers, and an endless array of colorful deities in a tradition that is both mature and eye catching. 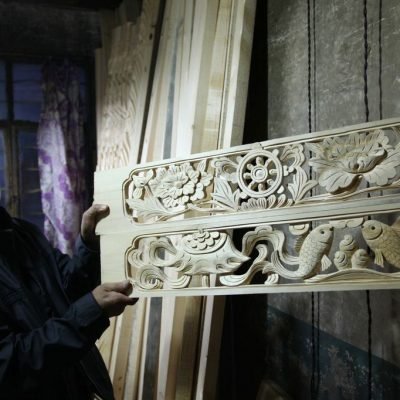 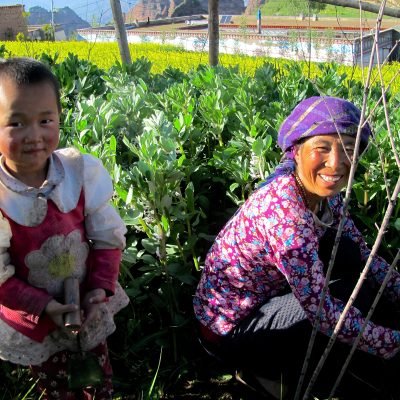 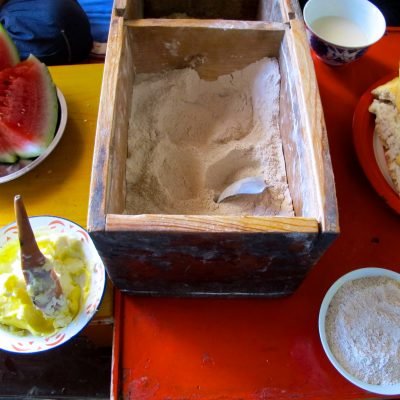 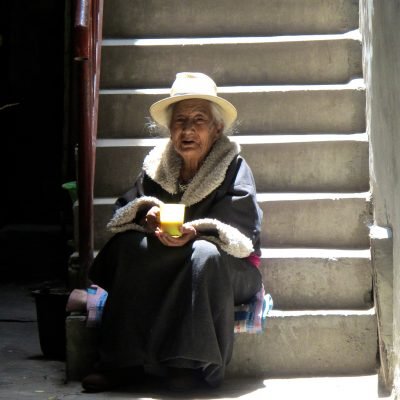 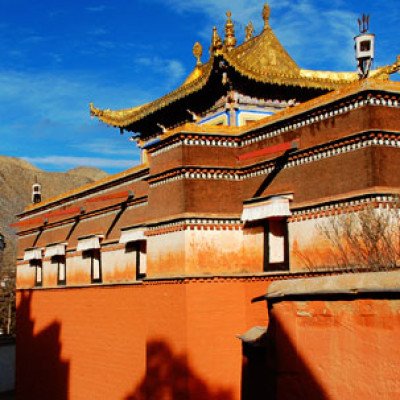 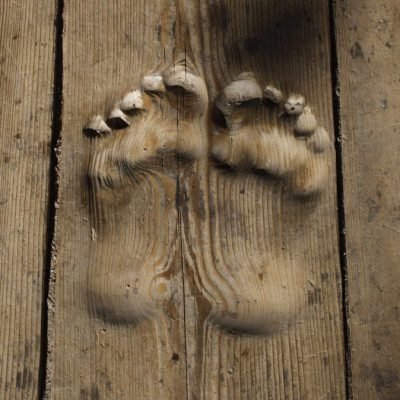 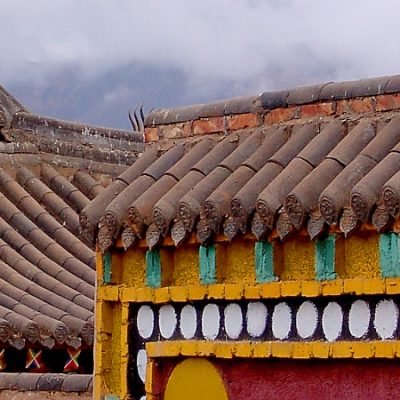 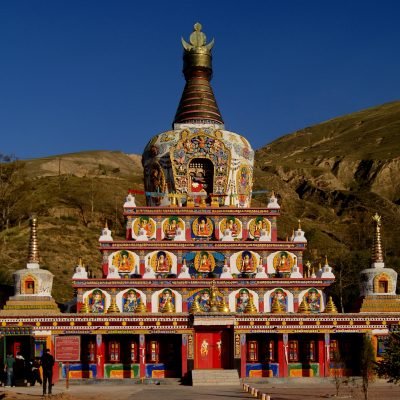