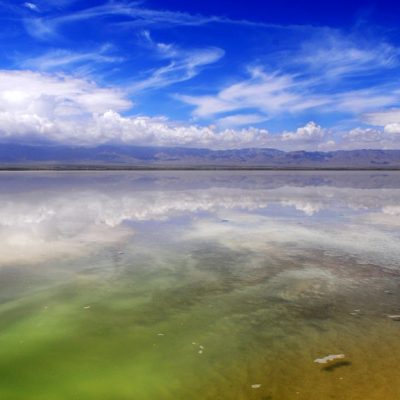 Just a 1.5 car ride west of Qinghai Lake,  Chaka Lake is a shallow salt lake that offers beautiful reflections of the sky when the weather is clear and blue. Chaka Salt Lake, also known as Chaka Yanhu in Chinese, was reopened to the public in June 2016, and is rated as a “must-go” destination by the Chinese National Geographic Association. Closed to the public due to massive pollution caused by excessive tourists in the area, the lake now can be visited again after the completion of an extensive environmental clean up. Chaka Salt Lake sits at an altitude of 3,059 meters and makes a great 2-3 day trip from Xining.

Chaka Salt Lake is called by locals “Chaka” (or Caka ) which means simply “salt lake” in Tibetan. The lake is  much smaller than Qinghai Lake, with an area of 105 square kilometers.  However, during the rainy season in July and August and after the spring snow melt, the lake can swell to almost 7 times its normal size. Its rich salt deposits have been mined since the Western Han Dynasty. Even today in 2019, the lake is actively used to sell and produce salt for domestic consumption and export. There is is even a little train that runs out into the lake basin to help collect the salt and bring it back to the nearby lake shore processing plant.

The Salt Lake is located in the eastern part of Qai-dam Basin, just a few km from Chaka Town in Ulan County.  Chaka Lake is about a 5.5 hour drive west, or 300km west, of Xining.  Most people traveling through this area stop at Qinghai Lake (2.5 hours west of Xining) and then continue to make their way west across the wild high grasslands of Qinghai Province to make it to Chaka Lake.

Chaka Lake is an extremely important site on the ancient Silk Road. For travelers on the Qinghai-Tibet Railway traveling from Xining to Tibet by train or overland this lake can be viewed from distantly from the tracks of the world’s highest railway.

Salt lake scenery:  The lake can be visited all year long.  Spring and fall are the best times for the clearest weather and great views of the reflection in the lake without too many tourists.  We personally really like visiting the lake in the winter months from November to March as the snow on the lake can be very beautiful and you will have the whole park to yourself.  Summer can also be a nice time to visit, but be aware that there are 1000’s of Chinese tourists here daily in July, August, and October Holiday.
Learn about salt mining: Spring
Transportation
Chaka is 310 kilometers away from Xining. If you start from Xining in the morning, you can reach Chaka Salt Lake by lunch time via a public minibus for CNY 80 per person and CNY 300 by charted bus. You can also go to there by jumping on a long distance bus headed to to Chaka, Wulan, or Delingha town.
Generally the best way to travel without the hassle of joining a huge Chinese group tour is to hire a private vehicle and make it a 2-3 day trip that includes Qinghai Lake and Tibetan nomad culture.
Contact us here if you would like to see Chaka Salt Lake 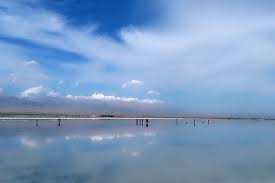 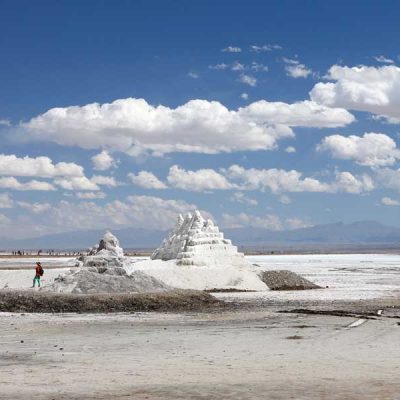 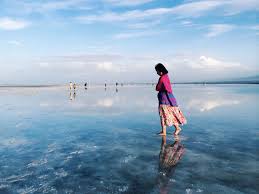 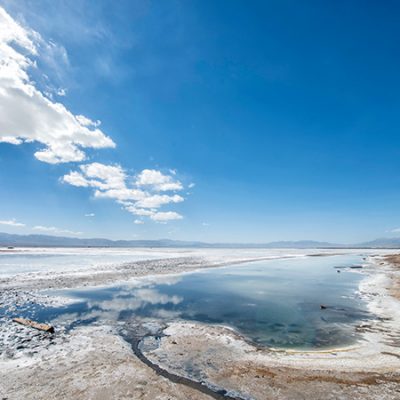 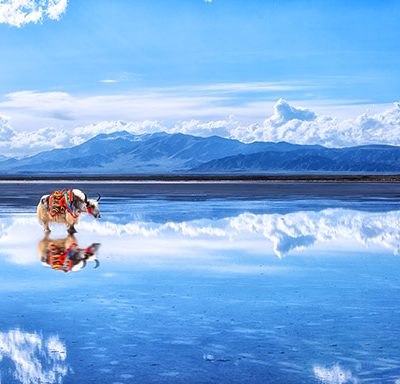