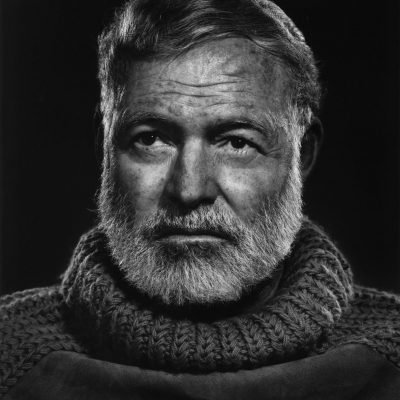 “If you’re twenty-two, physically fit, hungry to learn and be better, I urge you to travel – as far and as widely as possible. Sleep on floors if you have to. Find out how other people live and eat and cook. Learn from them – wherever you go.”

At Elevated Trips we hold in high esteem the spirit of adventure and exploration as we seek out remote destinations that few foreigners have ever been to.  Here are 10 of the greatest explorers in the world to inspire your own travels to get off the beaten path and to forge new roads.

10 Most Legendary (And Infamous) Travelers In History

By: Matthew Kepnes
History is filled with amazing adventures who paved the way for future explorers and inspired generations of wanderlust. Here are some of the best. 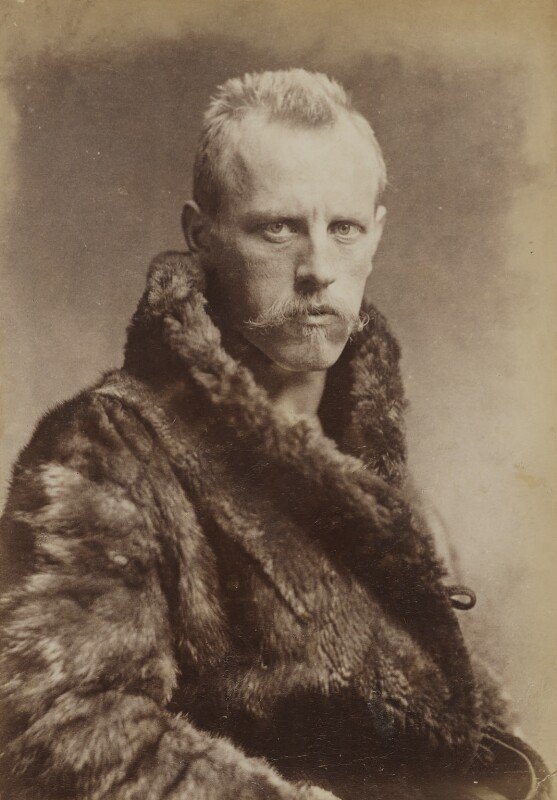 Fridtjof Nansen was the first man to cross Greenland’s ice cap. He also sailed farther north in the Arctic Ocean than any man before him. That’s pretty awesome. He and a colleague even endured nine winter months in a hut made of stones and walrus hides, surviving solely off polar bears and walruses. Nansen explored the great white north and had an asteroid named after him. 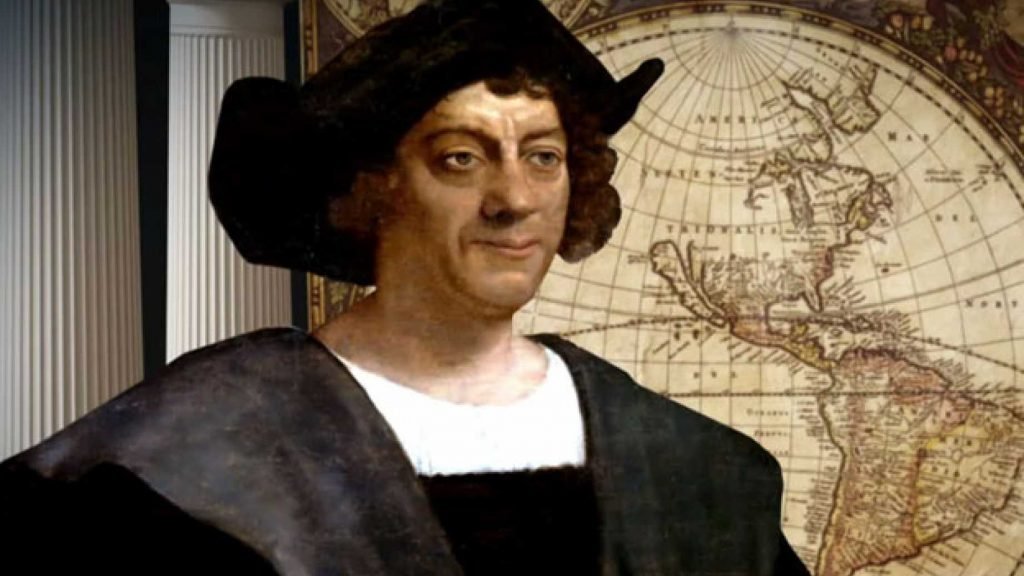 Here’s a guy who had no idea where he was when he landed so assumed he was in India, enslaved a population (for which he admitted to feelings of remorse later in life), and brought a host of terrible diseases to an entire hemisphere (he got syphilis from the native people, in return). Colombus showed Europeans there was a new world out there and ushered in a new age of European exploration. 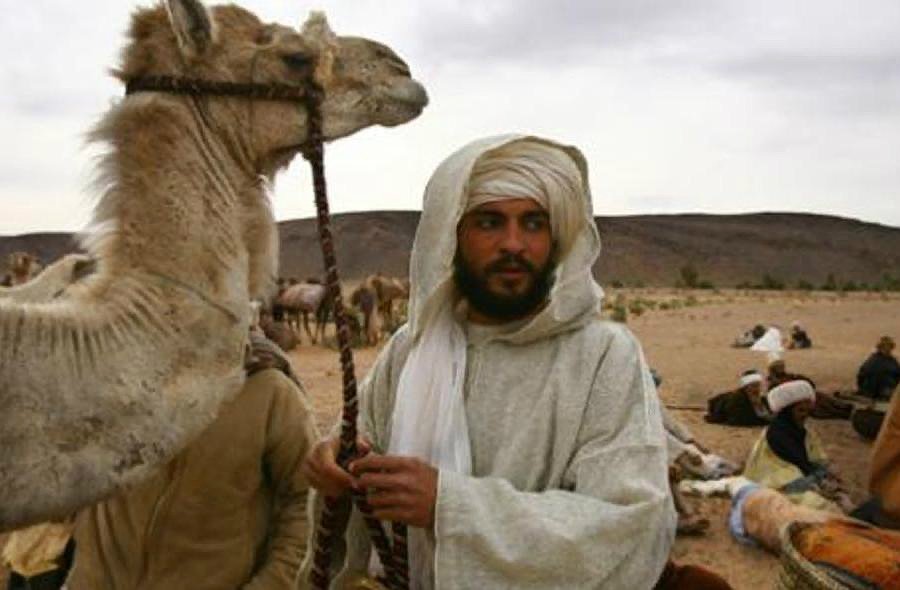 Ibn Battuta was a great Muslim explorer who traveled more than 120,000 kilometers through regions that, today, comprise 44 countries — from Italy to Indonesia, Timbuktu to Shanghai. He was mugged, attacked by pirates, held hostage, and once hid in a swamp. His travel writings provide a rare perspective on the 14th-century medieval empire of Mali (from which not many records survive). 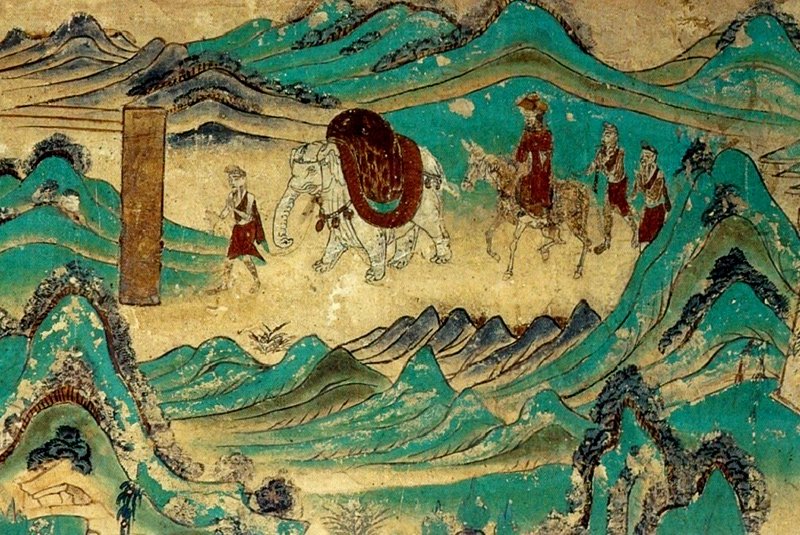 Xuanzang was a Chinese Buddhist monk, intrepid traveler, and translator who documented the interaction between China and India in the early Tang Dynasty. He became famous for his 17-year overland journey to India, on which he was often ambushed by bandits, nearly died of thirst, and survived an avalanche. 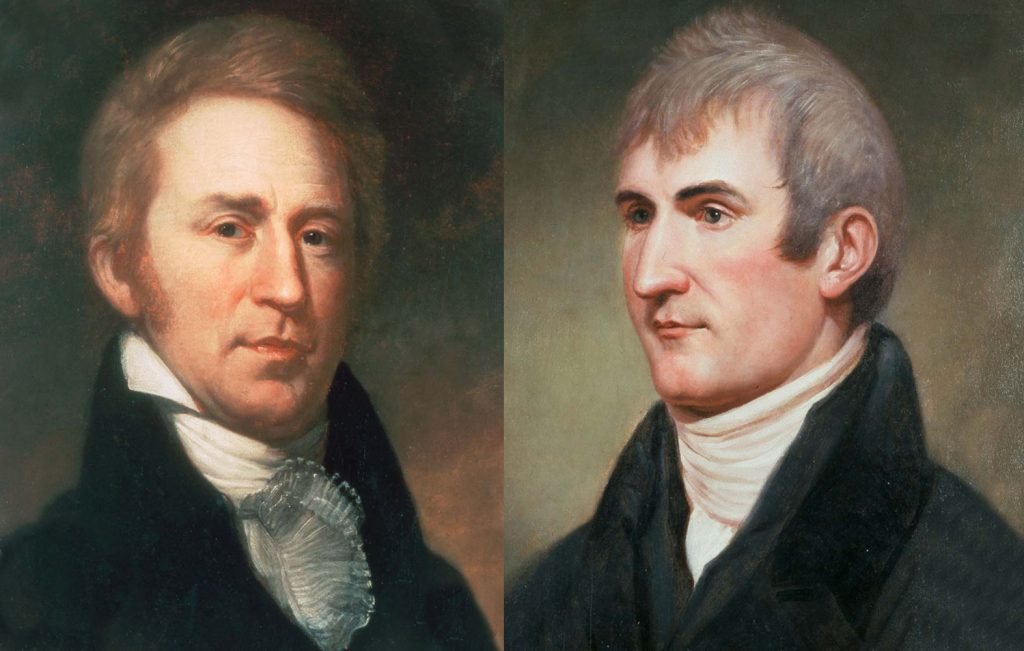 These two guys lead an expedition of 50 men to chart the northwestern region of the United States after the Louisiana Purchase and establish trade with the local populations. They set out in 1804 and didn’t return until 1806. They rode off into the unknown, were helped by the famous Sacagawea, and were the first Americans to set eyes on the Columbia River. They faced disease, hostile natives, and extreme weather conditions. They were true adventurers and scientists. 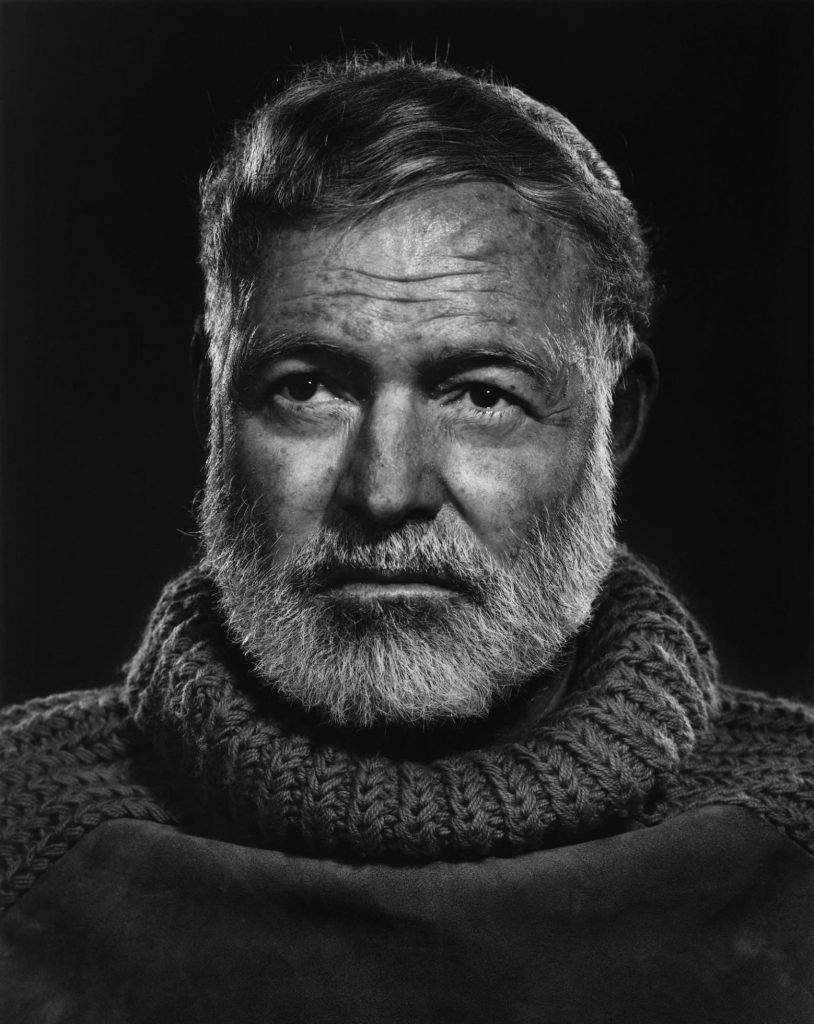 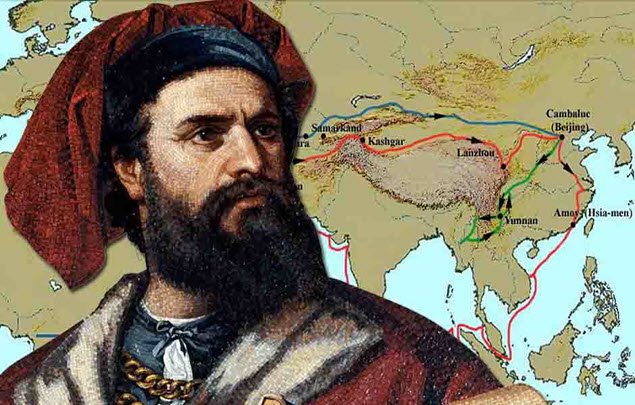 This legendary Venetian set out with his father and uncle to explore Asia when he was just 17 years old. They came back 24 years later after traveling over 15,000 miles. He’s inspired generations of travelers with tales that provide fascinating insight into Kublei Khan’s empire, the Far East, the silk road, and China. 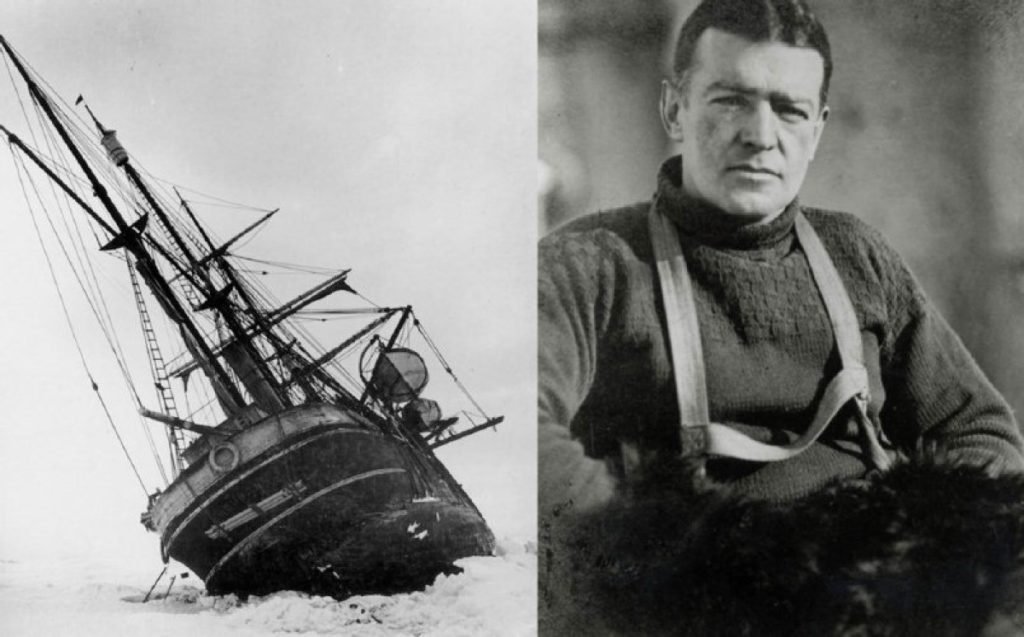 Antarctica’s most famous explorer (though Roald Amundsen was the first to reach it in 1911), Ernest Shackleton is synonymous with Antarctic exploration. He traversed the continent many times and is most famous for the 1914 voyage that trapped his ship Endurance in ice for 10 months. Eventually, she was crushed and destroyed, and the crew was forced to abandon ship. After camping on the ice for five months, Shackleton made two open boat journeys, one of which—a treacherous 800-mile ocean crossing to South Georgia Island—is now considered among the greatest voyages in history. Trekking across the mountains of South Georgia, Shackleton reached the island’s remote whaling station, organized a rescue team, and saved all the men he had left behind. That’s badass. 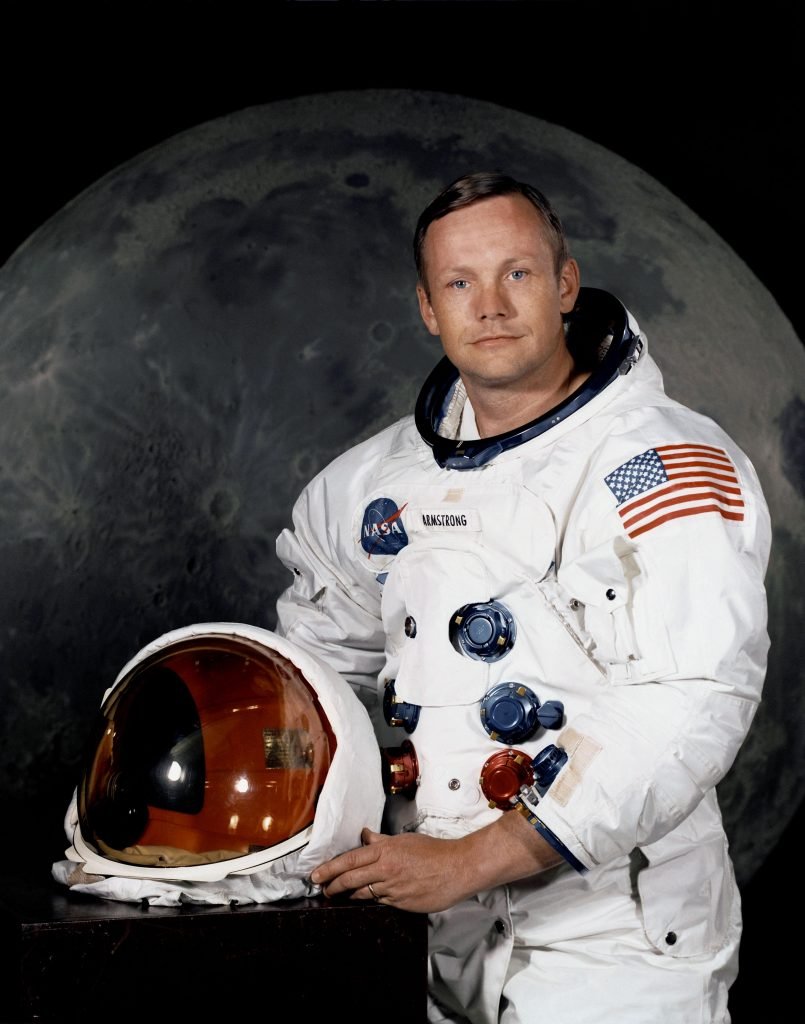 The first man to set foot on the moon. That pretty much means he wins. He was a modern adventurer who traveled to the moon (no easy feat) and took one giant leap for mankind. Neil Armstrong is living proof that when we put our mind to it, there’s no place we can’t explore. 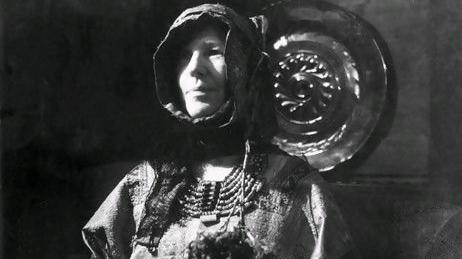 In 1930, Freya Stark – who had also learned Persian – set out for Persia. The goal of her trip was to visit the Valleys of the Assassins, at the time still unexplored by Europeans, and carry out geographical and archeological studies. The Assassins were fanatical followers of a sect belonging to Shiite Islam, who used religious reasons to justify killing their enemies. They were said to enjoy hashish, which is reflected in the name “hashshashun,” or hashish-smoker. French crusaders derived the word “assassin” from the word “Hashshashun”, which came to mean “murderer” in Romance languages. The reign of the Assassins began in the 11th century and ended in the 13th century after the Mongol conquest.

On the back of a mule, equipped with a camp bed and a mosquito net, and accompanied by a local guide, Freya Stark rode to the valleys near Alamut (= ruins of a mountain fortress castle near the Alamut River), which had not yet been recorded on her map. Malaria, a weak heart, dengue fever, and dysentery plagued her, but she continued her trip and her studies. Back in Baghdad, she received much recognition from the colonial circles; overnight she had gained a reputation as an explorer and scholar to be taken seriously.

And here are some inspiring quotes to take you further in your travels:

“We travel, some of us forever, to seek other states, other lives, other souls.”        -Anaïs Nin“You can shake the sand from your shoes, but it will never leave your soul.”

Follow us on WeChat and you will find a lot of interesting articles about adventure travel: 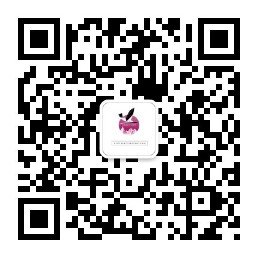