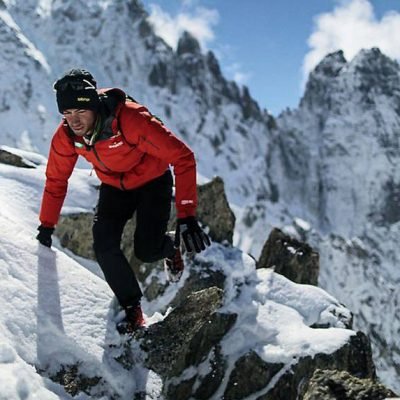 In this post find out how Kilian Jornet set the speed record for ascending Mount Everest on May 21 and 22, 2017.

Records for climbing Mt Everest have always been hotly contested and disputed.

There will be no denying ultra-climbing freak Kilian Jornet’s place in history after the 29-year-old Spaniard on Monday (AEDT) smashed all previous records to become the fastest climber to ascend to the summit of the world’s highest peak without the assistance of oxygen or fixed ropes.

It was simply him versus all of Mt Everest’s fury.

It took 26 hours for Jornet to climb from Everest’s North Base Camp at 5150m above sea level to the summit at 8848m.

It takes experienced climbers days to reach the summit when climbing with the assistance of oxygen, fixed ropes and guides.
The key point here is that Jornet did it without assistance.

He climbed more than 3480m, including the famous Everest “death zone,” without oxygen support.
While other ultra-climbers have claimed to have reached the Everest summit after starting off at the North Base Camp in Tibet, Jornet’s time is the fastest known alpine ascent of the world’s tallest mountain.
A statement released by Jornet’s team on Tuesday declared he has survived the climb and is resting at the Advanced Base Camp, after struggling to deal with the demands of the descent back to the North Base Camp.

The statement reported Jornet began to feel stomach problems when entering the Everest “death zone” — the final 600m climb to the summit at 8848m.

Air becomes too thin to sustain human life above 8000m above sea level, forcing Jornet to stop to rest every few steps.
“Up to 7,700m I felt really good and was making progress as planned but then I started to feel unwell, probably from stomach virus,” Jornet told his personal website.

“From then on I made slow progress and had to keep stopping to recover. I finally reached the summit at midnight.”

“I didn’t feel well and I was making slow progress. I had to stop every few metres and I had cramps and was vomiting. In spite of everything, I felt all right at altitude and decided to continue.”

He arrived at the summit just after midnight local time — 26 hours after setting off.

Unfortunately he had no time to enjoy the scenery at the top of the world — knowing it was vital to return to the Advanced Base Camp to seek medical treatment.

“Reaching the summit of Everest without fixed ropes isn’t something you’d do every day,” he said,
“I saw a fantastic sunset and finally reached the summit at midnight. I was alone but I saw the lights of expeditions setting off on their ascent both on the north and south faces. I started to descend right away so as to get to the ABC as soon as possible.”

Jornet has previously set a series of speed climbing records across the world’s most iconic peaks.

One thought on “The fastest ascent of Everest”