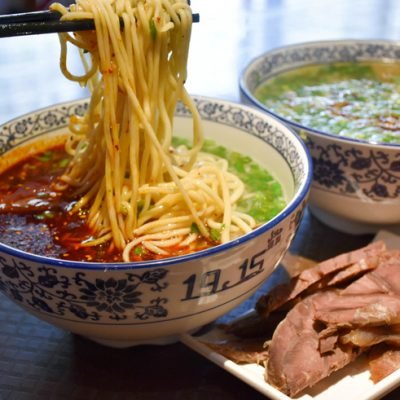 Lanzhou is a city of 4 million people and is the capital of Gansu Province.  Many of our adventures start and finish in this city, so you might want to spend 1-2 days here to start to acclimatize before you head out into the Tibetan Plateau.

Lanzhou is the capital city of Gansu Province in northwest China at an elevation of 1518 m (4980 ft). The Yellow River runs through the city and it is definitely worth an afternoon of your time to rent bicycles and cruise along the river for 2-4 hours. The city is the transportation and telecommunication center of the region and is the largest city in western China. Covering an area of 1631.6 square kilometers (629.96 square miles), it was once a key area of trade on the ancient Silk Road. Today, it is a hub for tourists as they begin their adventures out into the Silk Road, with the Maiji Caves to the east, the Bingling Temple Grottoes to the west, Labrang Monastery to the south and the ancient cave paintings of the Dunhuang Mogao Caves to the north.

With mountains to the south and north of the city and the Yellow River flowing from the east to the west, Lanzhou is a beautiful modern city with both the modern ammenities of a large city and the charm of southern cities. The downtown comprises five districts: Chengguan, Qilihe, Xigu, Honggu and Anning. Among them, Chengguan District, situated in the eastern part of the city, is the center of politics, economy, culture and transportation. Anning District, in the northwest of the city, is the economic development zone as well as the area where most colleges are located.

As a transportation hub, Lanzhou connects western and central China. Flights are frequent from many large cities such as Beijing and Shanghai. With three train stations, it is the termination of the Longhai Railway (Lanzhou – Lianyungang Railway), an important east-west rail route in China. Bullet trains to Urumqi also originate from this city.

Owing to its location on the Silk Road, local cuisine maintains characteristics with an Islamic influence. Locally sourced grass fed beef and lamb are common to most dishes. In fact, Lanzhou Beef Noodles or 兰州牛肉面 are famous all across China and most bowls are dirt cheap and very hearty at around 10-12 RMB. In addition, there are many local snacks that we recommend for those looking to try something new such as Niangpi, Hui Dou Zi (Gray Bean) and Fried Noodles. Although many restaurants serve Islamic food, various cuisines such as hot pot and western food are also offered for travelers. With KFC, Starbucks, Burger King, and a host of western restaurants, you will have no problem finding something you will like to eat. 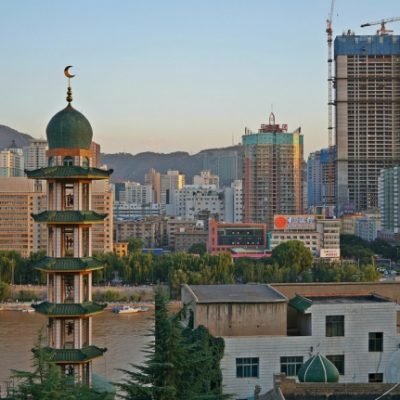 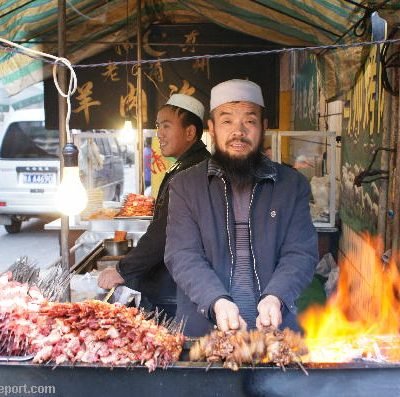 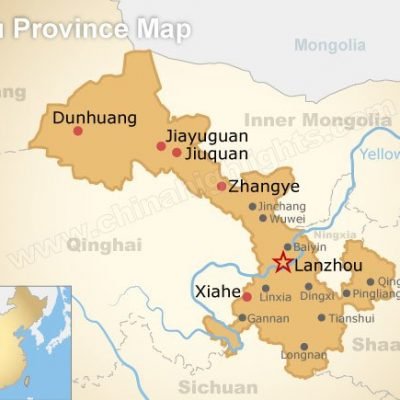 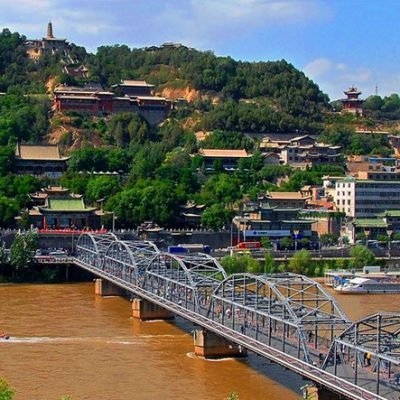 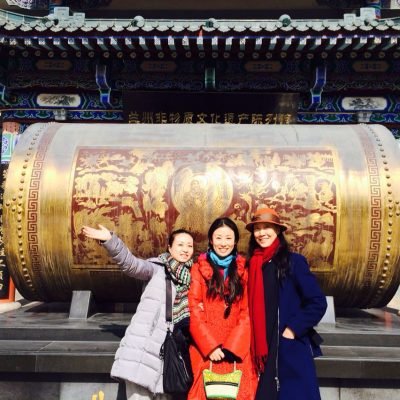