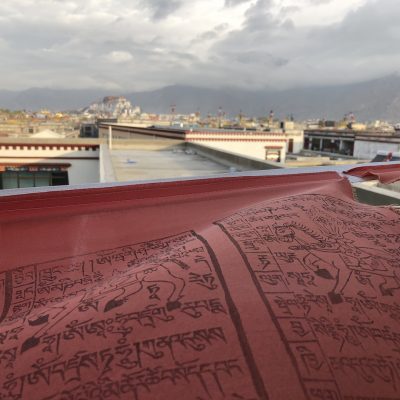 The Potala Palace (on the north side of Lhasa, Tibet) is the massive fortress-like building that is often depicted in the classic photographs of Lhasa. With over 1000 rooms and at 14 stories tall this is considered the essential building of Tibetan architecture. The palace is a massive white and brownish-red structure that casts an imposing shadow over the rest of the Lhasa and is held sacred in many Tibetan paintings, weavings, and sculptures in homes, monasteries, and restaurants all across the Tibetan Plateau.

Built in the 17th century by the fifth Dalai Lama on the site of the surviving Buddhist meditation caves first built by Tibetan King Songtsen Gampo in the 7th Century A.D., the Potala Palace is composed of two parts: the central Red Palace at the top, which is used for religious affairs, and the secular White Palace at the bottom, which houses the  former affairs of government and daily life.  This is something like the White House in Washington D.C.  combined with the Vatican in Rome – the seat of historical religious and political power all in one.

The top of the Potala Palace is 119 meters above the courtyard below and the palace itself contains 1,000 rooms-including assembly halls, government offices, and temples- and has over 10,000 altars and 200,000 statues. Amazingly, the whole structure was fastened together without  steel or nails and was fully constructed of wood, stones and mud bricks using perfectly carved interlocking blocks. At one point in history before the Industrial Revolution, this hand built architectural marvel was the tallest building in the known world.  The roofs are covered with gilded bronze tiles that glitter in the sun and can be seen miles away.

In almost every chapel, red robed lamas collect donations and sit on a cushions sipping tea and chanting scriptures. Murals and thangkas are illuminated with flickering wax candles and you will see many pilgrims offering butter in thermos containers as offerings to the holy site. The gold-embossed tombs of former religious rulers contain the mummified bodies inside and these are the central attraction of the 1 hour tour that marches from the bottom to the top of the palace and winds through many dimly lit and sacred rooms .

A seven-year $43.9 million renovation of Potala Palace and Norbulingka Summer Palace was completed in August 2009. The aim of the renovation was to foster tourism and promote Tibetan culture.

In August 2006, the number of people allowed to enter the Potala Palace was increased from 1,500 to 2,300 people per day.  Because there are so many people that go through the palace in one day, tour times are scheduled and are limited to one hour once you are inside the palace gates.  This is enough time, but it does not allow for a lot of time to just “float around” and meditate.  So you can expect to be rushed a little and “herded” through crowds in the palace in order to make your time slot.   Your guide (who is required to bet with you for the tour) will schedule in a specific time to enter the Potala Palace, so your day schedule will generally revolve around whatever time your tickets say that you are allowed in.

Ticket Purchase Procedure: Your guide will have to purchase the ticket 1 day in advance before your visit using your original ID card or Passport. Once the ticket is purchased, you will then be given a certificate with your specific visit time to the Potala Palace for the following day’s tour.

Tips when visiting the Potala Palace

1. There is no heat inside this ancient building.  So be aware that it can be very cold inside the Potala Palace. It would not be a bad idea to take a coat with you even on the sunny Lhasa summer days.

2. As this is a religious site, it is hard to find an adequate bathroom during your tour. So make sure you try to take care of business before you leave your hotel in Lhasa.  If you do end up finding one of the few bathrooms along the tour, it is said the bathroom at the right side of the White Palace Square is the most beautiful one on earth with an excellent view out onto Lhasa :). Lucky you if you make it here!

3. As we mentioned before, the tour time in the Potala Palace is limited to 1 hour. So don’t dilly dally and make sure you stay close to your guide.  It might be easy to get lost amidst the many steps and the labyrinth of rooms and holy sites if you were separated from your tour guide.

4. Entering the palace is like entering airport security.  You will have to check your bags through a X-Ray machine and lighters and any kind of liquid are forbidden. (You can buy bottles of water inside the palace for about twice as much as they are sold for in Lhasa).

5. The best spot to take pictures of the Potala Palace is Chakpori Hill, across the square from the palace. I highly recommend visiting this place at night because seeing the palace all lit up in the dark is pure magic! 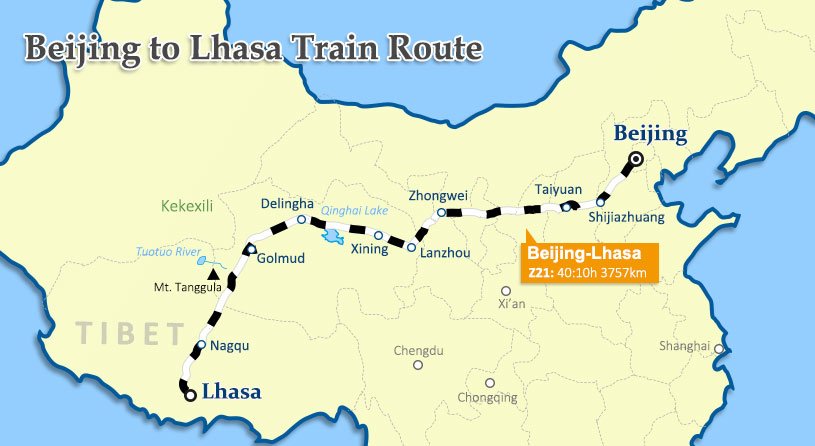 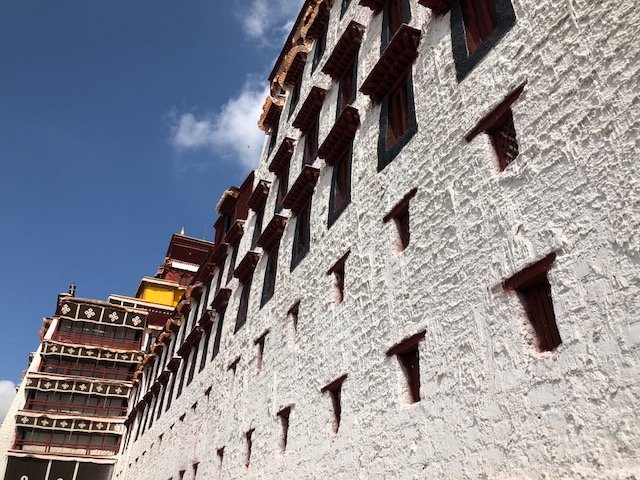 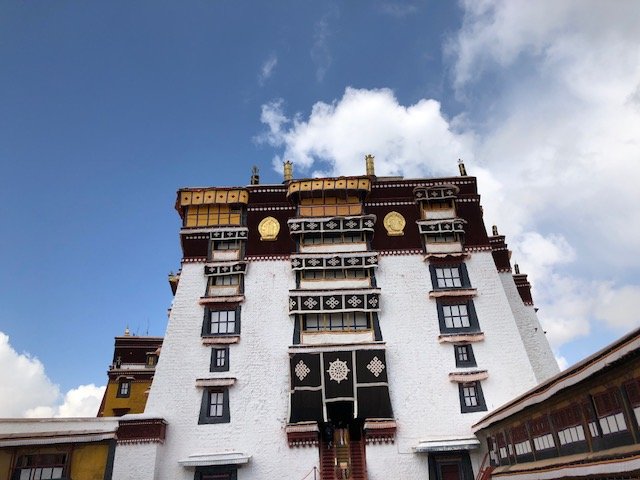 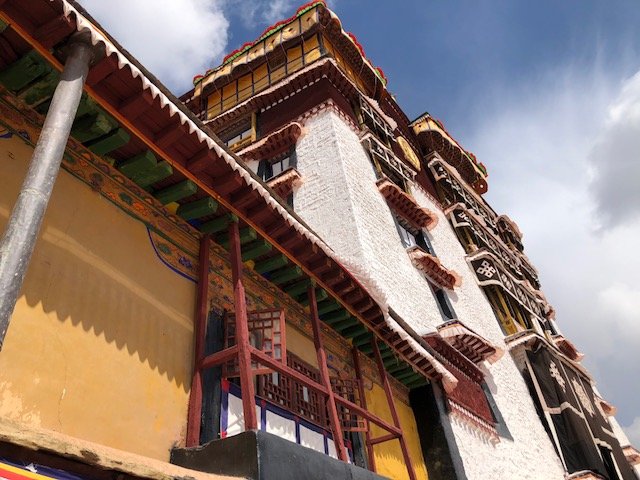 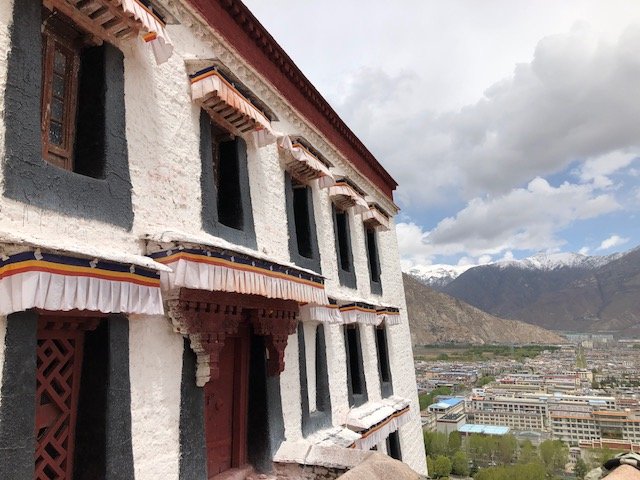 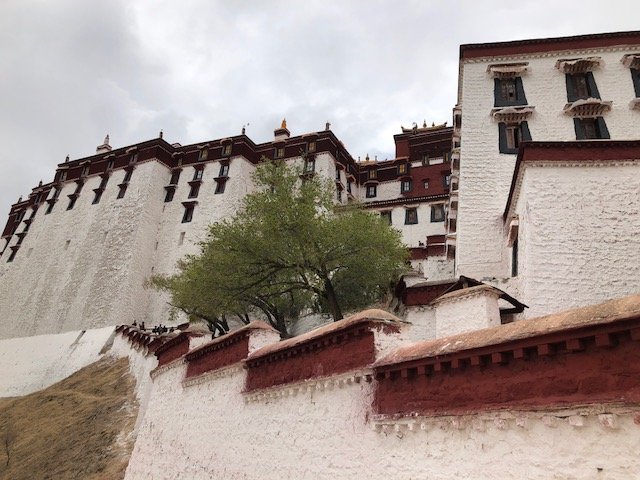 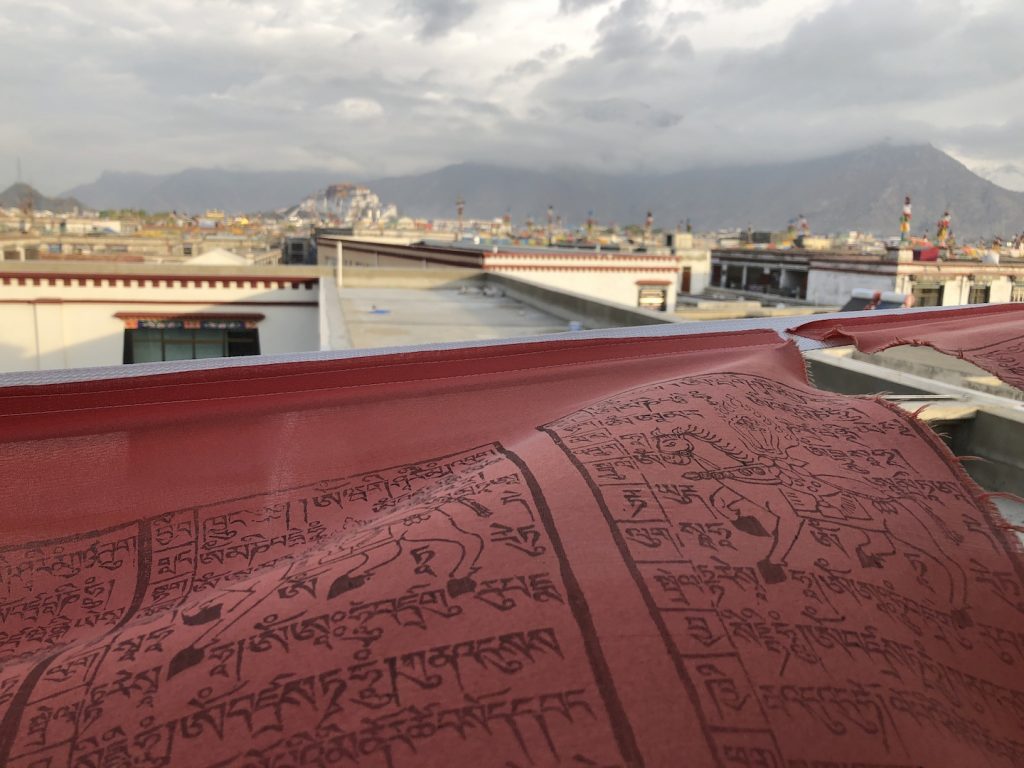 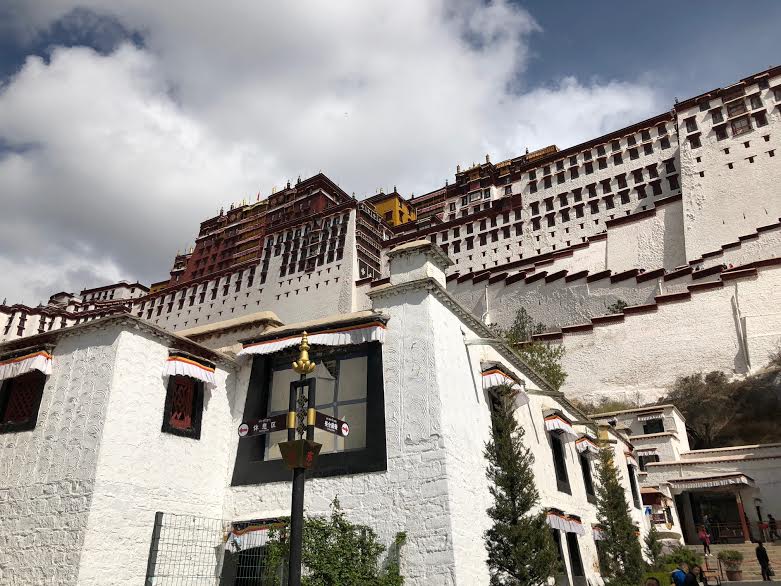 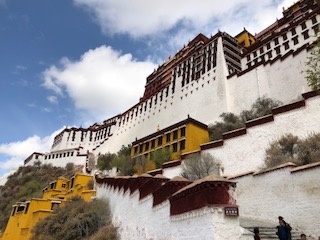 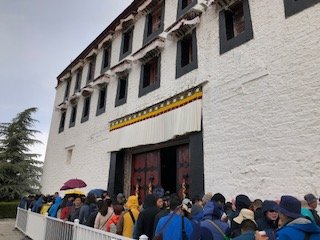