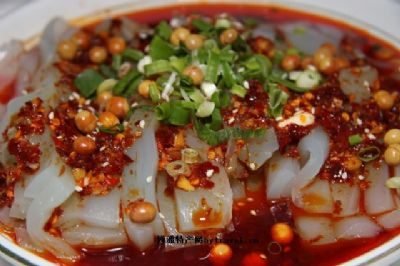 One of the best parts of traveling is that it allows you the opportunity to taste new and diverse foods. Here is a blog for the inner FOODIE in all of us!

A good deal of the Tibetan Plateau is found in the west of Sichuan Province.  So many travelers find themselves starting in Chengdu or Kangding to explore western Sichuan. So we figured we would spice up our blog and help you navigate the Sichuan food scene like a pro!

I love roaming the streets and eating street food!

Sichuan cuisine is a style of Chinese cuisine originating from Sichuan Province in Southwest China. If you are a newbie to this kind of food, Sichuan dishes will surprise you with their bold flavor and spiciness, mainly from the large use of garlic and chili peppers, as well as the minty and slightly numbing flavor of the famous Sichuan pepper. Our advice is to be bold and give it a try.

In this article we will offer some insight on the most popular and delicious Sichuan snacks! 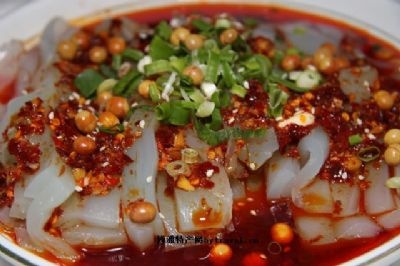 Liangfen is a common but quite popular Sichuan snack which is served cold. In fact, the name Liangfen simply means “cold noodles”.  It is generally a white, almost translucent, thick starch jelly, made from mung bean starch, but it also can be made from pea or potato starch.

The starch is boiled with water resulting in a viscous paste that is spread on a pan in the form of a sheet and then cut into thick strips. The liangfen strips are then served cold in a bowl with sesame paste, soy sauce and chili oil, seasoned with pieces of carrot, chopped green onion, fresh coriander and crushed garlic. This snack although served cold will warm up your body due to its spiciness and rich flavor. It is really an amazing combination of hot and cold in one dish. 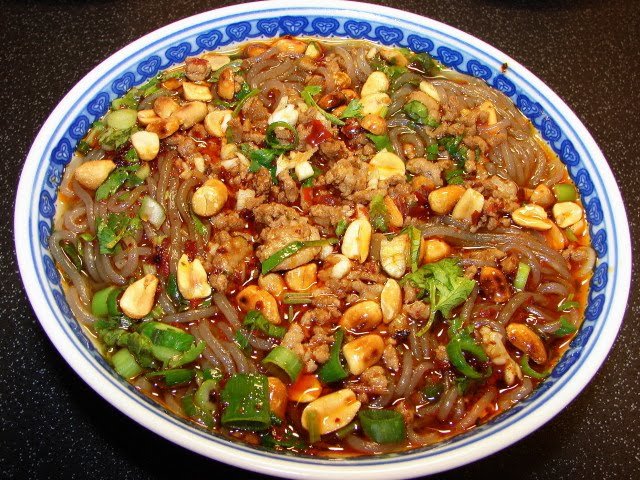 Suan La Fen, aka “Hot and sour sweet potato noodles”, is a well known Sichuan street snack. The main ingredient behind this snack is the thick sweet potato noodles which are much chewier than common flour-based noodles or the instant noodles you may have eaten in college. These noodles are served in a warm stock of either pork bone or chicken bone and is seasoned with tones of pre-fried garlic in chili oil, vinegar, sesame oil, light soy sauce and the Chinese five spices powder. The topping varies from red braised beef, minced pork sauce, or red braised large intestines combined with chopped green onion, fried peanuts and pickled mustard. You can find this snack in almost every city in China, so just give it a go. 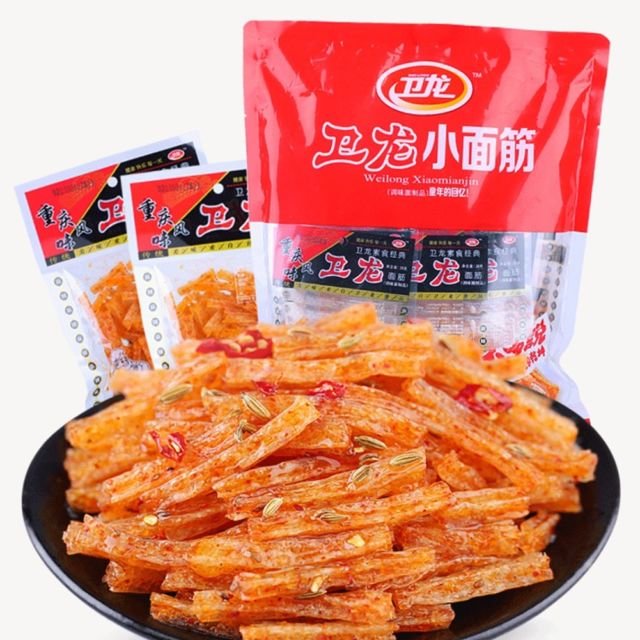 La Tiao is one of the most popular snacks in China and it got its international fame in 2016 when this snack was haphazardly featured in a BBC documentary about Chinese New Year celebrations. Apparently the 2 commentators were eating this snack during the filming of the documentary and the audience picked up on this little detail in a big way! Now it is becoming an international sensation!  This snack consists of tofu skins fried in a mixture of water, soy sauce, fresh ginger, sugar, salt, Sichuan pepper, chili powder, myrcia and Chinese fennel species. The end result is similar to potato chips but much richer in taste and pretty spicy. Although very delicious, this snack is rich in gluten, so if you’re gluten sensitive you might want to stay away from this one. 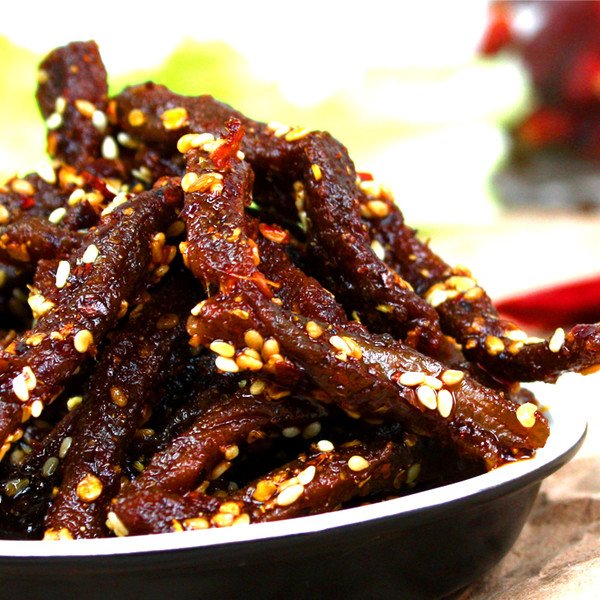 This is a very traditional snack that is commonly given as a gift amongst Chinese people. If you are wondering what souvenir to bring your father or uncle – look no further! Niu Rou Gan explained in simple words is a spicy dry beef jerky, however there is more to it. This is so much more than just Jack Links jerky! The beef meat undergoes a three step process: boiling, stir-frying, and drying. During the first two steps the meat will be treated with diverse spices like Sichuan pepper, bay leaves, anise, cinnamon, fennel seeds, cardamom, sesame seeds, chili and many more. Therefore, when slowly chewing on this snack you can slowly taste the full spectrum of flavors derived from the spices. This one is especially good if you can manage to find it made from yak meat!  The yak meat is a little richer than cow in taste and usually is 100% grass fed straight from the high open plains of the Tibetan Plateau! 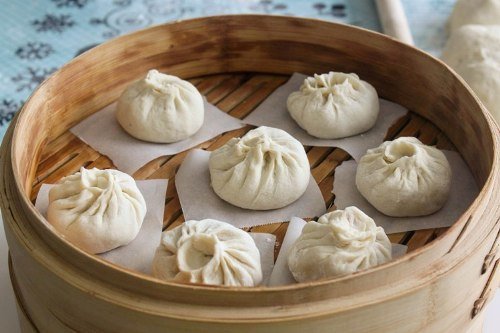 The world knows this as a steamed bun, but China knows this as Baozi. This snack- often eaten as a breakfast staple by most local Chinese- is a simple but delicious bread-like bun, filled with meat or vegetables and then steamed, usually in a wooden wicker basket. The meat baozi is usually filled with a mixture of ground pork and sliced pork belly, as the extra fat ensures that the filling remains mouthwatering and juicy. The vegetarian baozi on the other hand is filled with various combinations of mixed savoy cabbage, shiitake mushrooms, carrots, and rice all seasoned with soy sauce, oyster sauce, sesame oil, salt and sugar. In the end, every one has their own favorite baozi, as there is a wide selection of it.

Personally, I could eat carrot and potato baozi all day long!