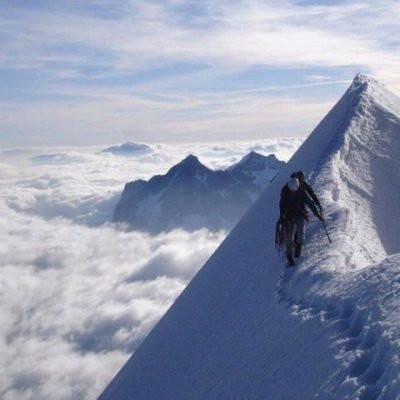 Situated on the Pakistan-China border, K2 is the highest peak of the Karakoram range and the 2nd highest mountain in the world. If you are a mountain lover and love climbing them then here’s a story that will blow your mind.

K2 is perhaps the most dangerous mountain in the world. One in every four people who makes an attempt to summit it dies, and nobody has ever climbed it in winter. Only 300 or so people have ever even reached the peak of K2, and its relatively northern location on the Pakistan/China border makes it a particularly unpredictable mountain to tame.

With the height of 8611 meters, K2 is the 2nd highest peak in the world after the Mount Everest, which has the height of 8848 meters. K2 is also known as Mount Godwin-Austen or Chhogori and it was referred as “Savage Mountain” by the famous American Climber George Bell. He referred it savage because of its unmatched difficult terrain. When asked about his experience for making an attempt to climb the K2, George Bell noted,  “It’s a savage mountain that tries to kill you.”

In 1956, when it was first measured by a British surveyor, TG Montgomerie, it was given the temporary designation- K2 (for Karakoram 2). The K2 was so remote that no other suitable name could be found!!

Unlike other eight-thousanders, K2 has never been climbed in the winters. The best weather to climb the K2 is from April to October. Among the eight-thousanders, K2 has the 2nd highest fatality rate with one death for every four successful ascents (first being the Annapurna (191 summits and 61 fatalities). The peak climbers say that it is due to the extreme difficulty of ascent.

And, on July 22, 2018, a man just skied down from the summit for the first time in history. Polish adventurer Andrzej Bargiel first tried to make the historic descent last year in 2017, only to call the expedition off because of falling rocks and the high avalanche danger. This year, with better weather and less unstable snow pack, Andrzej made it all the way from the K2 summit to base camp in 7 hours. The majority of mountaineering accidents occur during descents, and skiing on near 90 degree snow slopes with 2000 meter drops obviously increases that risk dramatically.

Andrzej is not the first person to attempt skiing the savage mountain, though.  Italian alpinist Michele Fait died trying to ski K2 in 2009.  This was just a year before his friend Fredrik Ericsson fell to his death near the K2 summit. In 2001, Hans Kammerlander stopped after just a quarter mile when he witnessed a Korean climber fall to his death. And climber Dave Watson actually made it through the infamous bottleneck section all the way to base camp in 2009, though he didn’t start from the summit.

Bargiel reached the summit around 11:30 a.m. Sunday morning on July 19, and he made it to base camp eight hours later after being forced to wait out cloudy weather a few times.

When Bargiel finished up, he was greeted with hoops and cheers from his Red Bull crew.  Upon his epic descent, he said he was pretty much all done with K2 for the rest of his life. “I feel huge happiness and, to be honest, it was my second attempt, so I’m glad that I won’t be coming here again.” 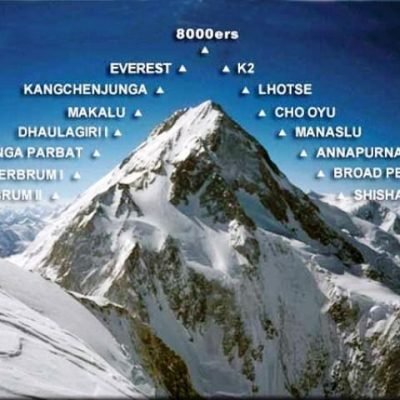