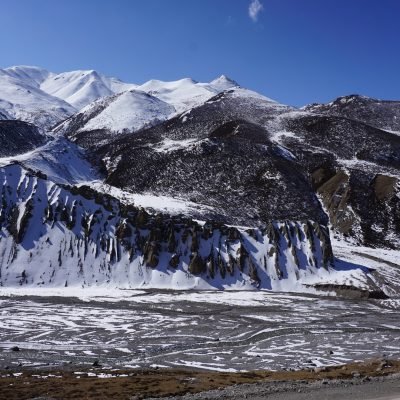 Dawu  or  大武镇 (in Tibetan known as Maqen) is the capital of Golok, also sometimes spelled “Golog”.  Golok is the highest area in Amdo Tibet, with most of it lying above 3,962 meters /13,000 feet in elevation. It is a beautiful, remote region resting on a high plateau in Qinghai Province, and is known for its wild, nomadic culture. The population of about 140,000 people is dispersed across 75,000 square kilometers, an area roughly the size of Austria.

With temperatures at an average low in January of negative 21.4 C and an average low in July of positive 4.6 C you can bet your wooly winter socks that this place is a chilly mountainscape where winter weather can hit at any time of the year.  But for the rugged adventure seeker this is the gateway to paradise.

The Yellow River has its source and flows throughout Golok, creating dramatic canyons and pastoral floodplains all throughout the Golok region. The Yellow River is the 7th longest river in the world, flowing from the headwaters near Maduo through the foot of the Annye Machen mountain range all the way down to Bonhai Bay in Northeastern China – a total of 3,398 miles. And it all starts at 4,500 meters high in the plateau in Golok.

Dawu is a great place to launch a road trip into either the Nyenbo Yurtse mountains (to the south) or the glaciers of the Amnye Machen range just to the west.  It is one of the last outposts of civilization and with a fantastic monastery on the edges of town, it would be easy to spend 1-2 days here acclimating and filling up with good, hot food.

It used to take about 10 hours to drive the horribly bumpy dirt road from Dawu to Huashixia 花石峡 to drive past the glaciers of Amnye Machen. But now with a brand new highway, the drive takes about 4 hours through 2 new tunnels that pierce right through the heart of the snowy mountains.  The tunnels have taken away some of the rustic beauty of the formerly adventurous drive whereas you used to drive over 4,500 meter mountain passes covered with prayer flags just at the base of the Amnye Machen glacier.  But they have also made the drive much more reachable and certainly much safer than the dangerous icy passes used to be. Be warned of Chinese construction:  it happens fast and when it does it is not always marked well.  In driving from Huashixia and Maduo to Dawu in November 2017, it took me about 1 hour to find the entrance to the highway to Dawu just 15km north of Huashixia among a confusing new construction site of  circling “cloverleaf” highway ramps. Also note that as of November 2017 that none of the off ramps between Dawu and Huashixia were open, in particular Xueshan 雪山, which leaves the traveller with few options for lunch stops or gasoline.  Make sure you fill up your gas tank as you depart Dawu because you might not be able to get gas for another few hours along this beautiful, high altitude road.

Golog (or Guoluo) Tibetan Autonomous Prefecture (Chinese: 果洛藏族自治州; Tibetan: མགོ་ལོག་བོད་རིགས་རང་སྐྱོང་ཁུལ་), is an autonomous prefecture occupying the southeastern corner of Qinghai province, in western China. The prefecture has an area of 76,312 km2 (29,464 sq mi) and its seat is located in Maqen County in Dawu.

Golog Prefecture is located in the southeastern part of Qinghai, in the upper basin of the Yellow River. Gyaring Lake and Ngoring Lake on the western edge of the prefecture are considered to be the source of the Yellow River. However, these lakes do receive water from rivers that flow from locations even further west, in Qumarleb County of the Yushu Tibetan Autonomous Prefecture.

The lay of the land of the prefecture is largely determined by the Amnye Machen mountain range (maximum elevation 6,282 m), which runs in the general northwest- to-southeast direction across the entire prefecture, and beyond. The existence of the ridge results in one of the great bends of the Yellow River, which first flows for several hundreds of kilometers toward the east and southeast along through the entire Golog Prefecture, along the southern side of the Amnye Machen Range.  The Yellow River continues until it reaches the borders of Gansu and Sichuan Province and then turns almost 180 degrees and flows toward the northwest for 200–300 km (120–190 mi) through several prefectures of the northeastern Qinghai, forming a section of the northeastern border of the Golog prefecture.

Several sections of the Sanjiangyuan (Source of the Three Rivers) National Nature Reserve are within the prefecture.

Guoluo Airport Or Golog Airport (Chinese: 果洛机场) is a small airport that has been recently under construction in southeastern Qinghai Province outside of Dawu town.  The airport is in the Caozichang (草子厂) on the Dawutan Grassland (大武滩草原). Construction Began on 14 September 2012  with an estimated total investment of 1.24 billion yuan and the airport was expected to start operation in 2015. I personally have not heard of this airport being open as of 2017 but I am sure that when it does its flights will not be terribly cheap but will allow those with a good traveling budget to avoid the 10 hour drive it takes from Xining to Dawu. 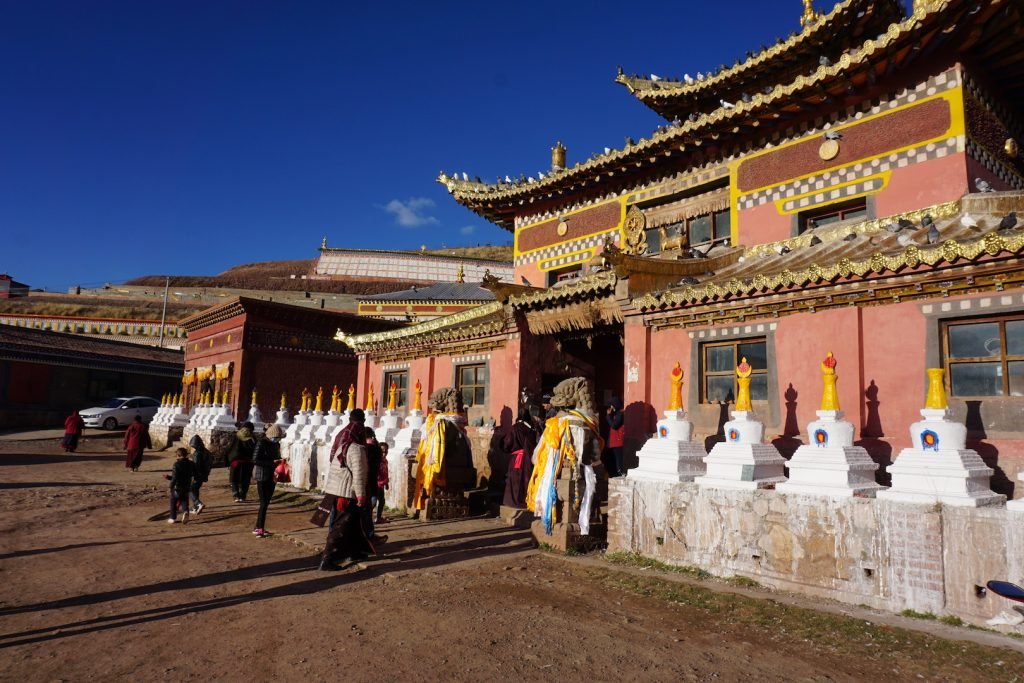 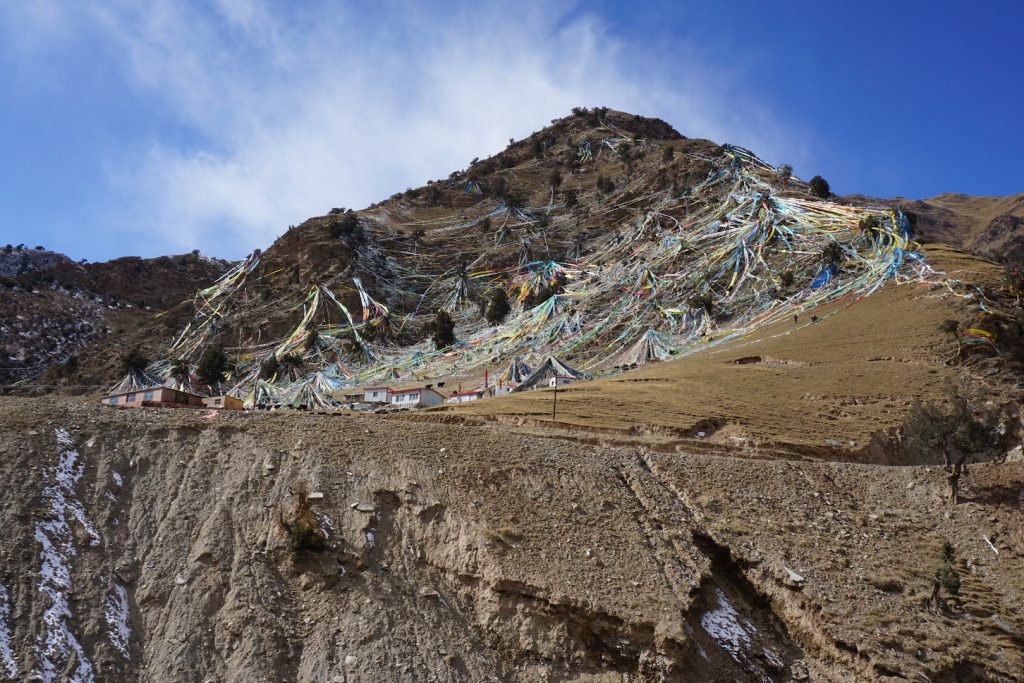 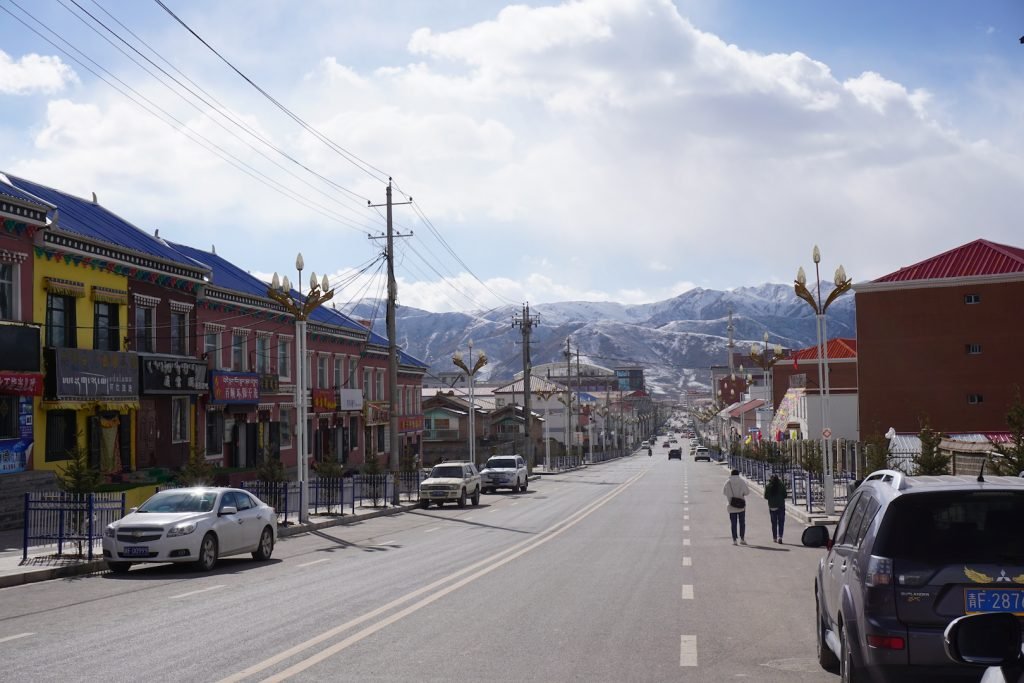 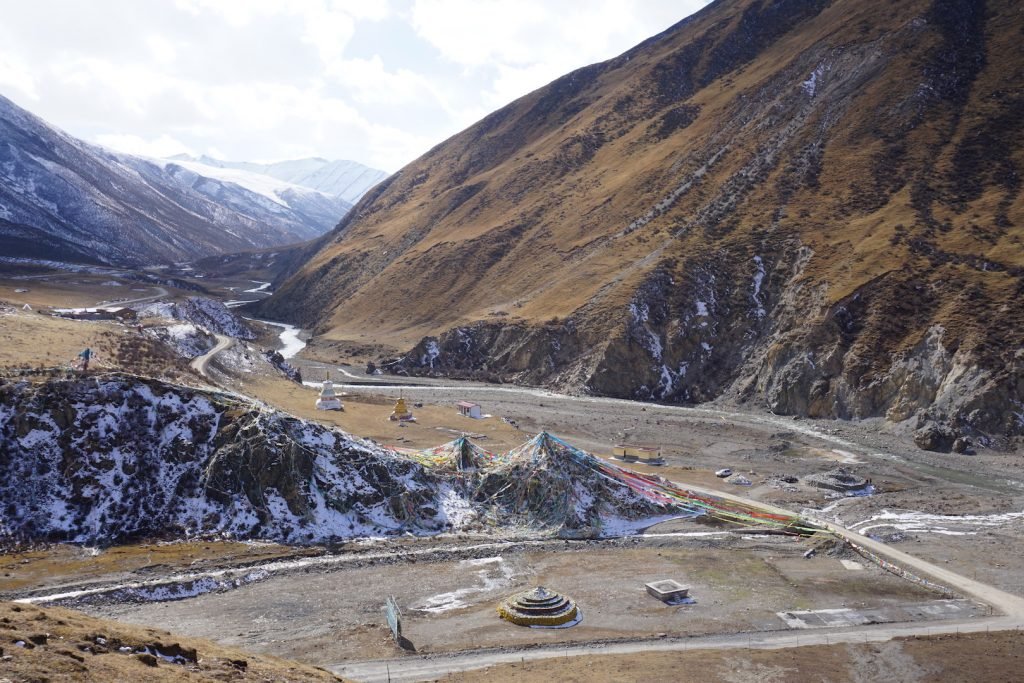 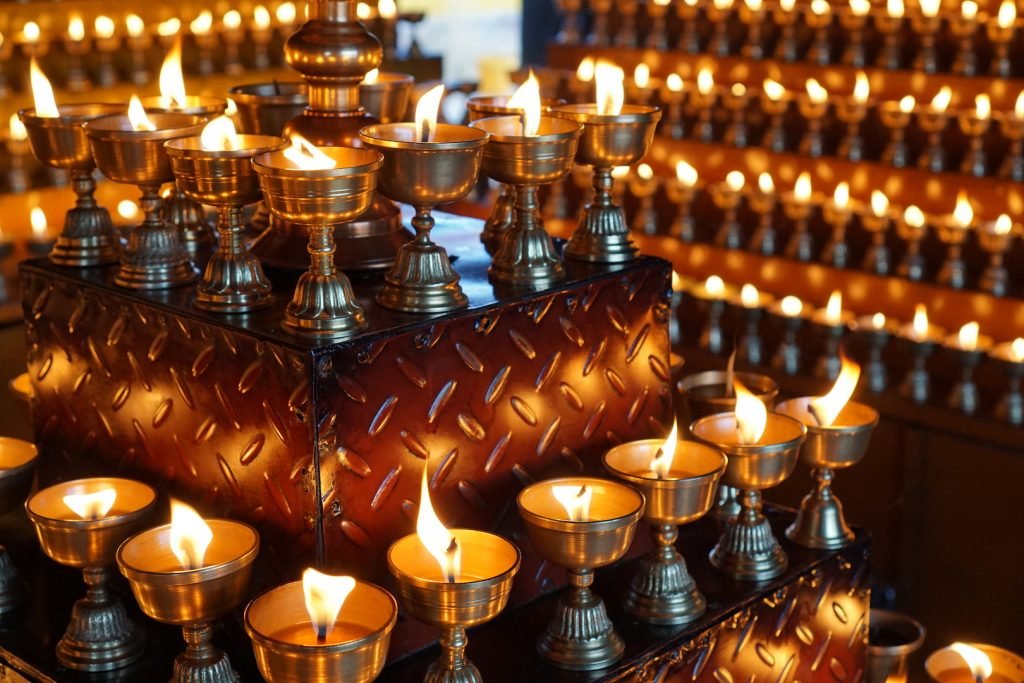 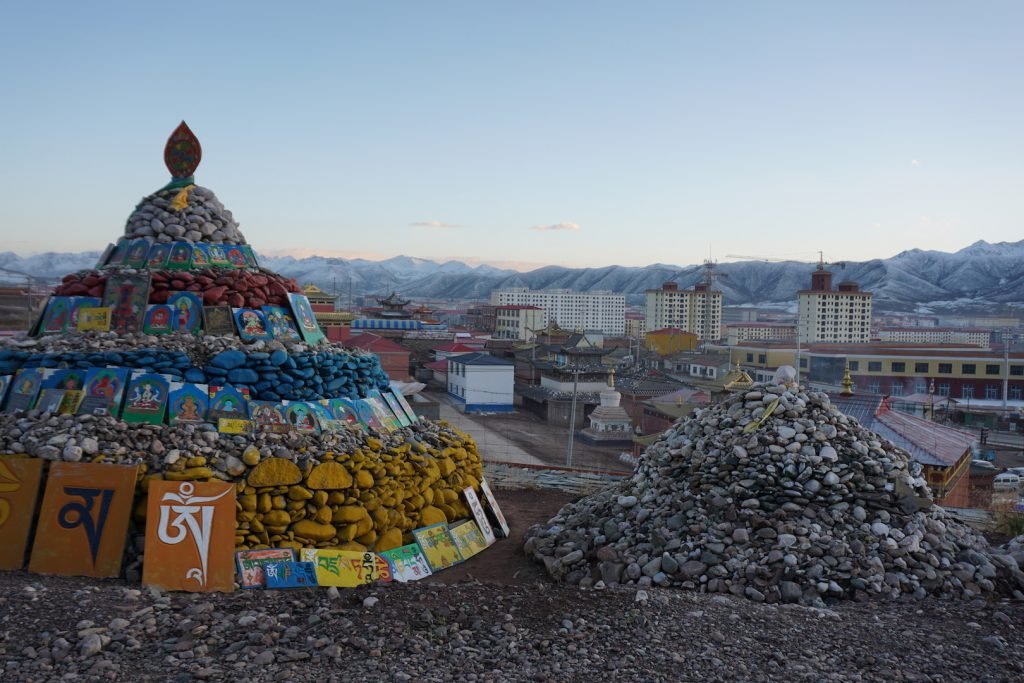 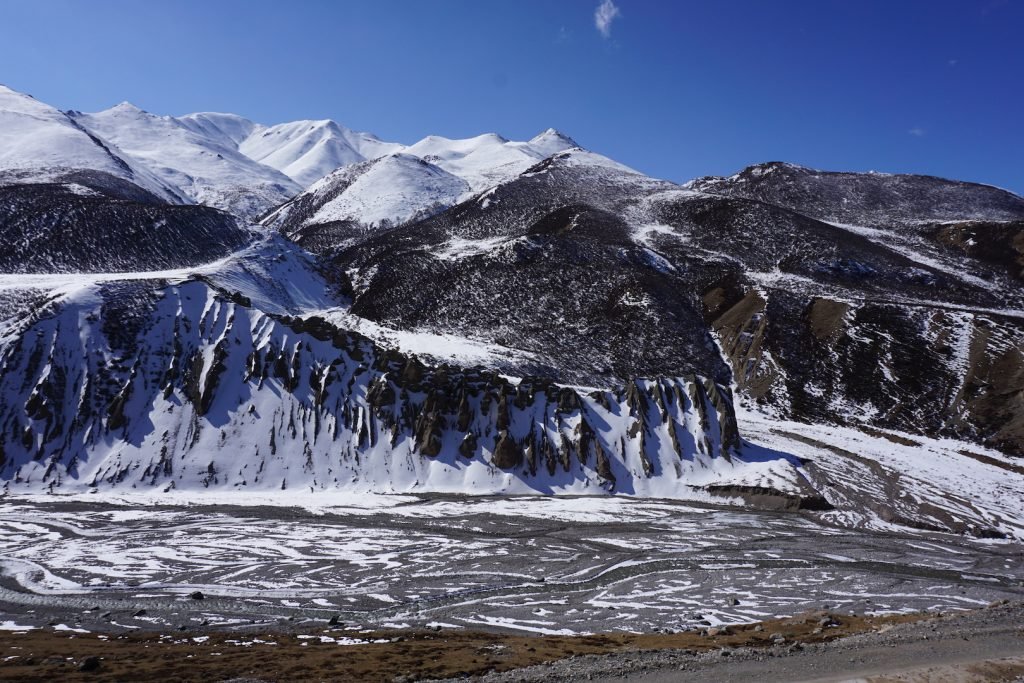