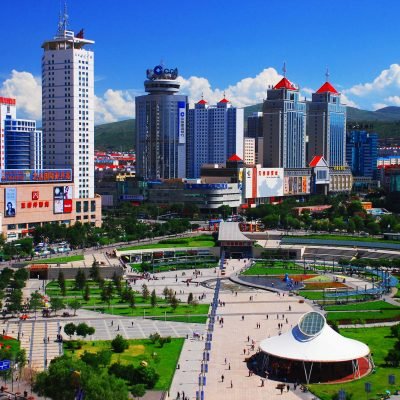 Xining is the capital of Qinghai Province and is the launching point of many of our tours into the high plateau. Xining is an interesting crossroads representing a mix Tibetan Buddhism, Islam, Daoism, and Chinese Atheism. Few other places in the world could hold so many religions and cultures as Xining does. As a place of trade along the Silk Road, Xining is a melting pot of cultures and every corner yields a new discovery for both foodies and backpackers alike. Whether you want to see Hui Muslims worshiping on colorful carpets to an Arabic call to prayer or Tibetans chanting mantras and spinning prayer wheels, this is a lively hub of activity and culture that is sure to be a great start (or finish) for your own journey into the west.

西宁 Xīníng (Standard Tibetan: ཟི་ལིང་། Ziling) is the capital of Qinghai province in western China  and the largest city on the Tibetan Plateau.  As of the 2010 Chinese census, Xining had 2,208,708 inhabitants and, as such, is a modern city that offers plenty of fast food restaurants and shopping including H&M, Sephora, UniQlo, Kentucky Fried Chicken, Pizza Hut, and Burger King restaurants (not to mention a fair share of knock off brands that imitate these same restaurants).

The city was a commercial hub along the Northern Silk Road’s Hexi Corridor for over 2000 years, and was a stronghold of the Han, Sui, Tang, and Song dynasties’ resistance against nomadic attacks from the west. Although long a part of Gansu province, Xining was added to Qinghai in 1928. Xining holds sites of religious significance to Muslims and Buddhists, including the Dongguan Mosque and the Kumbum Monastery (aka Ta’er Monastery 塔尔寺 ）. The city lies in the Huangshui River valley and is surrounded by 3,500 meter mountain ridges on both the north and the south.  Owing to its high altitude, Xining has a cold semi-arid climate. It is connected by rail to Lhasa, Tibet and connected by high-speed rail to Lanzhou, Gansu and Ürümqi, Xinjiang. The Xining XNN Caojiapu airport does not directly serve international destinations but this airport can easily be reached, often in 2 hours, from Beijing, Shanghai, Guangzhou, Chengdu, Xian, Lhasa, and most other Chinese cities.

The climate in Xining is characterized as having an arid climate with little rain and has plenty of sunshine; it is dry and windy in spring, and has a short summer season and a long and cold winter. While the winters are generally below freezing for 4-5  months, the dry climate in the rain shadow of the Himalayas yields little snow and, on any given day in winter, most travelers experience cold air and brilliant blue skies.  Xining is known around China as the “Summer Capital” or 夏都 because it makes a great place to escape the sultry summer heat of Beijing, Shanghai, Chengdu, Guangzhou, Wuhan, Hong Kong, and other southern cities with high humidity and heat. As the gateway into Tibet, Xining has a continental climate with highland features.  The average annual temperature is about 6 degree Celsius year round. In the coldest months (January and February) the temperature may drop to -15 degree Celsius, and in the summer it is always less than 20 degrees Celsius.

A popular route through Xining is fly to Xining XNN from Chengdu CTU airport and then take the train to Lhasa (the highest railroad in the world) for the stunning landscapes and to aid in the acclimatization to altitude. Because few people have ever heard of Qinghai Province most people use Xining as a gateway city to get into Lhasa and spend little time in and around Xining city itself.  This means that there are still many astounding, wild places in and around Xining and most of these places have never been seen by western or Chinese tourists. There are, in fact, several 5,000 and 6,000 meter mountains in Qinghai Province that have never even been climbed or named.  This makes Xining  a perfect destination for people looking for authentic Tibetan culture without all the hassle of Tibet Travel Permits and the bureaucracy of Lhasa, Tibet.

To acclimate to any adventure into the Tibetan Plateau, we recommend spending a night in Xining, at 2,300m above sea level,  and this will help partially in your acclimatization process. To truly do your health and wellbeing a favor, it is best to spend 3-5 days in Qinghai’s capital and surroundings so that you are ready to tackle Lhasa’s 3,600m of elevation with greater ease.

While Xining is a typical medium-sized Chinese city with cement high rises and dime-a-dozen convenience stores that all sell the same products, it also offers a whole lot more character than your average all-Han Chinese city.  After over 8 years of travel on the Tibetan Plateau, I have three suggestions for day tours from Xining that will not only take your breath away but will give you the time and space to help you acclimatize properly before you head into the high regions of Tibet.

Here are some of the top 3 day trips you can take from Xining (these can make for a great day trip if you are in a hurry but you can easily spend at least 3-5 days in all  of these magnificent areas) :

Located just a 45 drive from Zhangye town, one of the most impressive landscapes you will ever see is that of the Zhangye Danxia Landforms (elevations range from 1,500 – 2,500m), one of China’s many UNESCO sites. Usually a 6 six hour drive in a private car, I recommend taking the 2 hour high speed  train from Xining 西宁 to Zhangye West station 张掖西 and spend a day in the area. The Danxia Landforms, also known as the Rainbow Mountains or 七彩山 , is a mountain range layered with almost all the colors of the rainbow （or at least distinct shades of reds, yellows, purples, greys, and oranges). The magnificent patterns in the hills were formed from the land’s red sandstone bedrock and the passing of time with erosion and uplift. Danxia is perfect for photography enthusiasts and lovers of hiking. Take the afternoon to soak in the scenery and admire this UNESCO World Heritage Site.  Just a 20 minute drive from the Zhangye Danxia National Park is the lesser visited (but equally as beautiful) BingGou National Park.

The small monastic town of Rebkong (Tongren 同仁 in Chinese) sits  2.5 hours from Xining at 2,500m above sea level and is a great option for a one to three day trip outside of Xining. Rebkong  is home to some of the most famous thangka paintings in Tibet and its artwork is highly valued not only on the Tibetan Plateau but by Buddhist practitioners around the world. After a stroll through Rebkong’s two most famous temple complexes, Rebkong Longwu Monastery and Wutun Monastery,  you can watch 17-year old teenagers painstakingly produce some of Tibets’ most colorful and detailed paintings.

Qinghai Lake (3,200m), China’s largest inland lake, is one the first landscapes you will spot from the train to Lhasa, but to truly experience it, take a day trip or multi-day trip from Xining. The lake is famous for its sweeping natural scenery, abundant birdlife and nearby grasslands that are home to traveling nomadic Tibetan tribes and roaming yaks. You can go biking (though take it slow at the high altitude) or have a champagne picnic by the lake’s shores as you watch the waves lap against the beach shore. Qinghai Lake is 150km (80 miles) from Xining and about a 2.5hr drive. But please be aware:  in the summer months (June, July, August) this is a MADHOUSE of Chines tourism and if you go in these months you are sure to see 1,000’s of Chinese tourists descending upon the lake every day and you are likely to spend a few more hours sitting in traffic than normal because of the immense amount of visitors this spot receives.  I personally recommend if you are going to visit Qinghai Lake – do it in the winter.  There is no one else around for miles, the hotels are much more affordable, and the slowly crashing chunks of frozen ice, circling the lake for over 300km, hold an enchanting beauty in the eerie quiet of the winter. 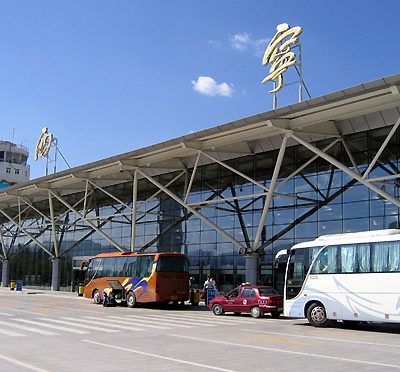 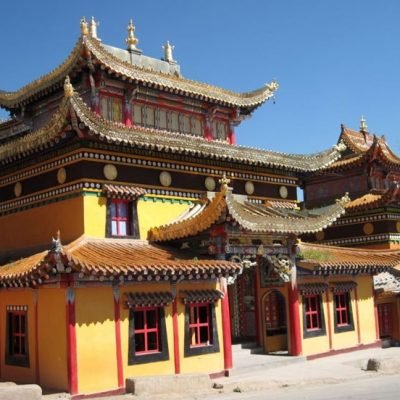 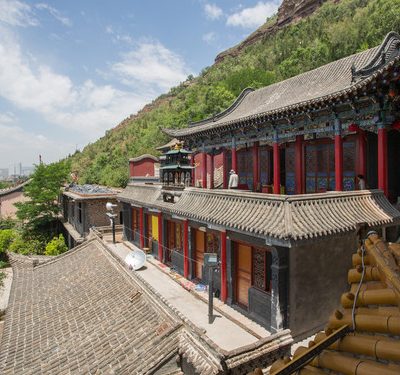 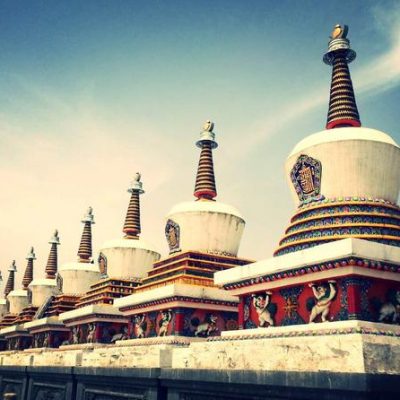 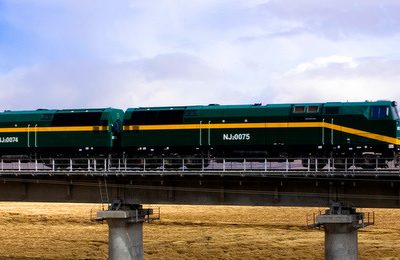 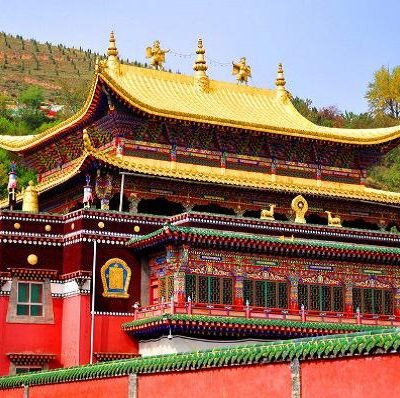 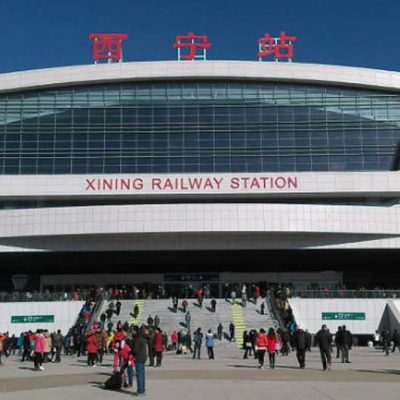 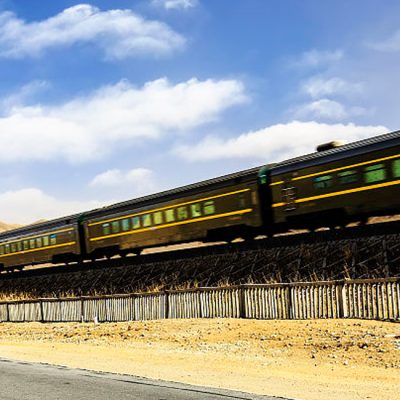